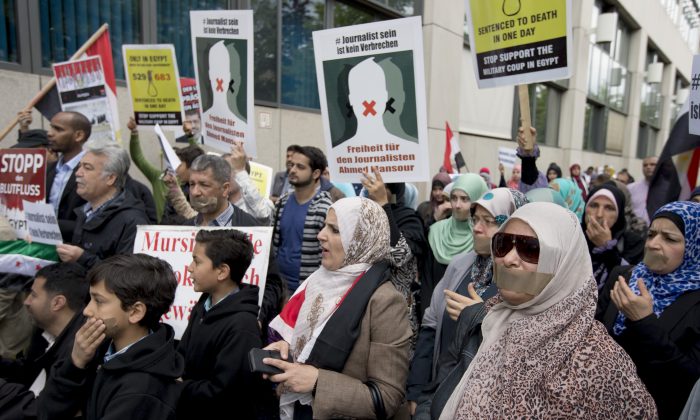 BERLIN— German prosecutors say they will be holding meetings about the case of a prominent Al-Jazeera journalist who was detained at a Berlin airport.

Ahmed Mansour, a senior journalist with the broadcaster’s Arabic service, was detained at Tegel airport on Saturday on an Egyptian arrest warrant.

Mansour’s detention is the latest in a long series of legal entanglements between Egypt and its satellite news channels.

A spokesman for the Berlin prosecutor’s office, Martin Steltner, said Sunday that “during the course of the day there will be several meetings and of course there can be at any time also a decision to set him free again.”

Steltner added, however, that it would be very unlikely there would be a decision on a possible extradition of Mansour as early as Sunday.