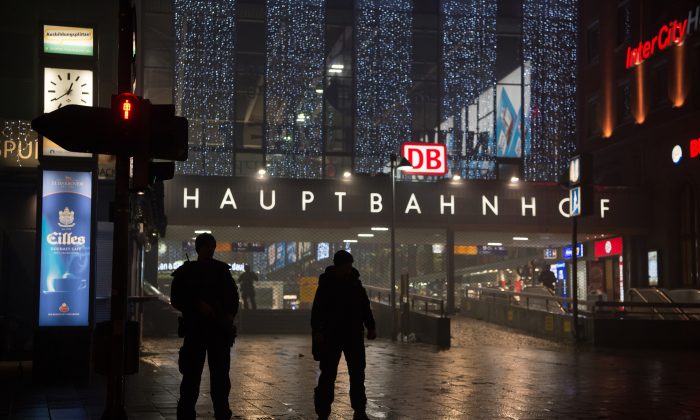 COLOGNE, Germany—Police in Germany said Wednesday they are investigating whether a string of sexual assaults and thefts during New Year’s celebrations in Cologne is linked to a known criminal network in the nearby city of Duesseldorf.

The assaults last week have prompted outrage in Germany and a fresh debate about immigration, after police said the perpetrators appeared to be of “Arab or North African origin.”

A more nuanced picture of what happened in the New Year’s Eve chaos outside the Cologne train station emerged Wednesday.

Police said about 1,000 men gathered there and that smaller groups surrounded individual women, harassed them and stole their belongings. Police do not believe all 1,000 men were involved in the attacks.

The interior minister of North Rhine-Westphalia state, where Cologne and Duesseldorf are located, told news agency dpa that police have identified three suspects but have not yet arrested anyone.

About 90 people filed criminal complaints, though police have not said how many of them were women who were sexually assaulted. At least one woman said she was raped.

Police said some of the assaults in Cologne appeared similar to incidents that have been reported over the past two years in Duesseldorf, where men have groped women to distract them before stealing their belongings. The two cities are 40 kilometers (25 miles) apart.

Markus Niesczeri, a spokesman for Duesseldorf police, said that since the start of 2014, officers there have identified more than 2,000 suspects of North African origin in connection with organized thefts, though he did not say how many. He declined to say whether there have been any arrests in those cases.

Duesseldorf police were working closely with their counterparts in Cologne to determine whether crimes in the two cities might be connected, Niesczeri said.

Authorities have cautioned that the nationality and residency status of the Cologne suspects is still unknown, since no one has been arrested.

Germany registered nearly 1.1 million people as asylum seekers last year, according to Interior Ministry figures released Wednesday, and politicians who have called for limits on migration have seized on the incident in Cologne to bolster their position.

Germany’s top security official stressed that anyone involved must be punished regardless of where they come from. He said that “a general suspicion against refugees is just as out of place as keeping quiet about criminal structures, if they can be verified.”

“All of the perpetrators, of whatever origin, must be punished,” Interior Minister Thomas de Maiziere told Wednesday’s edition of the Bild daily. “If refugees were among them, we must address that openly.”