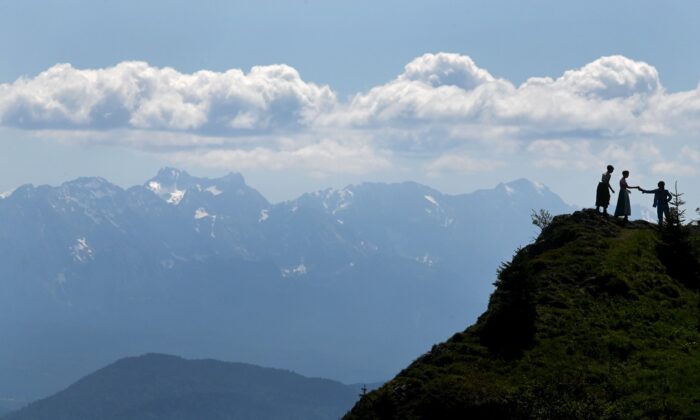 People stand at a small hill in the Alp mountains in southern Germany on June 1, 2020. (Christof Stache/AFP via Getty Images)
Europe

BERLIN—Police in Germany said Sunday that four people have fallen to their deaths while hiking in the Bavarian Prealps.

State police said three people died Saturday at the Maiwand, a mountain southeast of Munich near the border with Austria.

Police said those killed were a couple, ages 35 and 44, and a 35-year-old man, all from Bavaria. A woman, who was on an Alpine hike with the victims, witnessed their fall and was able to call emergency services.

In a separate incident, a 28-year-old American man was found dead below the north face of the Benediktenwand mountain south of Munich early Sunday. Police said he had been reported missing by his partner.