Former German nurse Niels Högel has admitted to murdering some 100 patients under his care. If convicted, his admission would make him one of Germany’s most notorious post-war serial killers.

The 41-year-old Högel confessed to the crimes on the first day of his trial, which took place Oct. 30 in Germany’s northwestern city of Oldenburg.

Högel is alleged to have killed 36 patients in a hospital in Oldenburg between 1999 and 2002, and 64 patients in another hospital in Delmenhorst between 2003 and 2005, according to media reports.

Presiding Judge Sebastian Bührmann asked Högel if the charges against him were true, to which he responded “Yes,” DW reported.

According to reports, the trial began with a minute of silence in memory of the victims, whose ages ranged from 34 to 96.

Investigators said that Högel had induced heart attacks in his patients by injecting them with fatal doses of medications. He then tried to revive the very people he had drugged, but most of his resuscitation attempts failed.

“The prosecutor’s office assumes that he did this in order to create a life-threatening situation in order to demonstrate his resuscitation skills to colleagues and superiors,” the indictment states, according to DW.

Prosecutors have alleged that his boredom may also have been a contributing factor in Högel committing the acts.

Högel’s admission comes almost a year after prosecutors alleged in November 2017 that he was responsible for at least 106 deaths.

According to reports, police said Högel may have killed more, but the true number of victims may never be known because many patients who died at his hands were cremated.

About 126 relatives of the victims are plaintiffs in the trial, according to DW. Christian Marbach, a spokesperson for relatives, said it was a scandal that he had been killing for so many years with impunity.

“We fought for four years for this trial and expect Högel is sentenced for another 100 murders,” said Marbach, whose grandfather was killed by Högel, the BBC reported.

Bührmann said the goal of the trial was to bring to light the full extent of Högel’s crimes that have not been formally acknowledged for years.

“We will do our utmost to learn the truth,” he said, DW reported. “It is like a house with dark rooms—we want to bring light into the darkness.”

The trial is expected to continue until May 2019.

The German nurse has already spent nearly a decade in prison for other patient deaths.

Högel was first caught in the act in 2005 when another nurse saw him injecting a patient with non-prescription medication at a hospital in Delmenhorst. The patient survived and in 2008, Högel was sentenced to seven and a half years for attempted murder in that case, according to BNO News.

At his second trial in 2014-2015, he was sentenced to life in prison without the possibility of parole on six convictions—two murder charges, three attempted murder charges, and one charge of dangerous bodily assault.

In prior hearings, Högel is reportedly said to have been seeking a sense of euphoria after having resuscitated a patient from an emergency situation he himself created. But he would fall into a despondent state if he had failed, according to AFP.

During Högel’s second trial, a court-appointed psychologist said that Högel had told her he had injected 90 patients with heart medication during his stint at Delmenhorst Hospital. Of these, 30 patients died although he was close to killing 60 more.

Following the admissions, police expanded their investigation. Investigators poured over more than 500 patient files and hundreds of hospital records. They also exhumed some 134 bodies from 67 cemeteries and interrogated Hoegel six times, according to media reports.

Högel was subsequently charged with 97 murders in January this year—35 patients in Oldenburg and 62 patients in Delmenhorst hospitals, according to AFP. 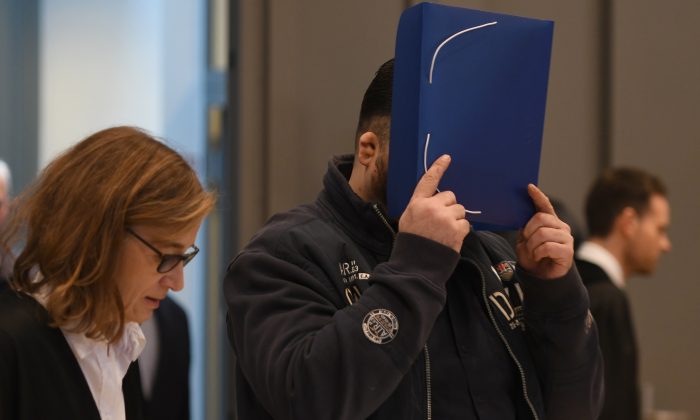