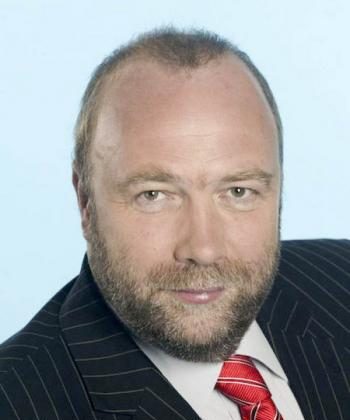 Interview with German Human Rights Representative after Trip to Beijing

Günter Nooke, German Commissioner for Human Rights Policy and Humanitarian Aid at the Federal Foreign Office, traveled to Beijing on August 5 to assess the human rights situation and the general situation in connection with the Olympics before the start of the Games. The Epoch Times interviewed Mr. Nooke after his trip.

ET: You have just returned from Beijing; what was the main goal of your trip to China?

Nooke: I wanted to see for myself what this place is like, and also to get a sense of the mood in the City. I have spoken with human rights advocates, people from the science community and church representatives. Another reason for my trip was the invitation from the German Sports Association officials, who had invited me to the Olympic Village and the German House in Beijing. But I did not engage in official dialogue so close to the Olympics.

ET: Which dissidents did you meet? Were you aware of the Chinese Secret Service tailing you?

Nooke: I encountered dialogue partners who told me point blank that they want their names and meetings kept confidential, otherwise they would face additional pressure and reprisals since our conversations took place so close to the opening of the Olympics. But in my capacity as Germany's official human rights representative, people like to speak with me. I was told that numerous dissidents and human rights advocates are presently under house arrest. Beijing appeared empty and tidied up, much different than I remember it from several years ago. I did not feel insecure, monitored, or followed. I think only people living in Beijing can correctly judge this.

ET: Does this mean your meeting with these people was not interfered with or hampered?

Nooke: Chinese officials had everything organized beforehand such that not merely the non-documented laborers, but all others lacking a valid Beijing residency permit were compelled to leave the city, and all others who might be potential protesters—all human rights advocates and dissidents—were placed under house arrest several weeks prior to the Games. One of the people from these groups told me, "I wanted to meet with friends and many had told me that police have my home under surveillance and we cannot meet." This was the case all over the nation, not merely in Beijing.

ET: Did you meet with Chinese or Western media?

ET: How do you see the degree of freedom for foreign journalists in being able to work and file reports?

Nooke: The circumstances for Western media outlets, in spite of several concessions, are the same as what those in Beijing and the rest of China face daily, even in the International Press Center. Many Chinese Internet sites are blocked — any of those the regime considers having "critical content” and particularly those the Chinese leadership considers "dangerous." But there are ways to circumvent these restrictions, especially for those who deal with them constantly, or those who have a good command of or at least understand English; they have the opportunity to keep informed.

ET: Is there complete free access to the Internet at the International Press Center?

Nooke: No, not completely. The Chinese language Deutsche Welle [German Broadcasting] for instance, which doesn't even have the most critical content, is accessible but not completely accessible.

ET: Was it your original intent to meet with regime representatives, or did you lack an invitation? Did you travel to China as a private tourist?

Nooke: The Chinese had let it be known that as of July, no official visitors or state guest are welcome in Beijing because it was too close to the Games. That is why I did not have official contacts. But I did meet with representatives from an NGO who are closely allied with the ruling regime. That was the China Society for Human Rights Studies.

ET: Does that mean you traveled to China on your own?

Nooke: No, I traveled as the official human rights representative of Germany.

ET: Did you have to apply for a visa?

Nooke: Yes, I did and received it shortly before my departure.

ET: Did you have to specify in your application who you would meet, when and where in China?

Nooke: No, I merely stated that I wished to educate myself of the human rights situation in Beijing, want to meet with several individuals, and pointed out my invitation from the German Sports Association. But I did not get my first official request — to be able to visit one or more provinces prior to the Games before arriving in Beijing.

ET: You visited the Olympic village. How was the mood among the German athletes?

Nooke: I got the impression that each athlete has his/her own opinion. Some traveled to Beijing for the single reason of earning a medal, or to simply participate in a clean competition, and are disinterested in politics. That is perfectly acceptable. One cannot expect athletes to turn into politicians. But, if someone inquires, they must acknowledge their values and ethics and be given the opportunity to speak freely. Some athletes had previously and unmistakably expressed their attitudes toward human rights violations.

ET: Are German language newspapers available at the German House? China had denied this request a week ago.

Nooke: Yes, a representative of the DOSB told me that is no longer a problem.

ET: How do you view the general mood toward the Games?

Nooke: The country as a whole seems to be in a positive mood, and that ought to belong
to the men and women of China; we want them to feel this way, that they have their Games, and that people are happy. But it is crucially important to remember what reality looks like for hundreds of thousands in China, for instance for those who are incarcerated or under house arrest or in reeducation-through-labor-camps.

ET: How was the quality of air during your stay in Beijing?

Nooke: On my arrival the sky was blue, the sun shone and the air was relatively good. But Wednesday it became oppressively hot and the air was dismally bad, worse than what I experienced the last time I had been here, perhaps five or seven years ago.

ET: Does the situation in Beijing reawaken memories of your life 20 years ago in the DDR [Deutsche Demokratische Republik, the former Communist East Germany]?

Nooke: Yes, and no. Of course all dictatorships function in a similar manner. But today we have the option to educate ourselves, to have and keep contact and make use of Internet technology. Today's globalization makes things easier than during the time of the East-West confrontation. I comprehend certain things the Chinese leadership wants to implement — to stymie any attempt to "open a window and let in fresh air" and permit frank discussions for fear of compromising one's power base — therefore these strictures to address the roles of the ruling officials, the role of the Party, and the grip on power. That part was identical in the DDR; it was quasi-forbidden and fraught with threats of punishment.

ET: Once the Games are over, would you travel to China again?

Nooke: The German Foreign Office and its Chinese counterpart have agreed to resume human rights dialogue between our two nations come this fall. Beijing will be the venue this time. It is my assignment to lead the dialogue for Germany and I will travel to China for this purpose.