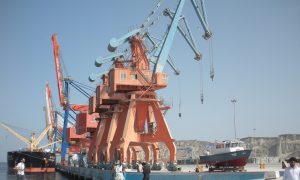 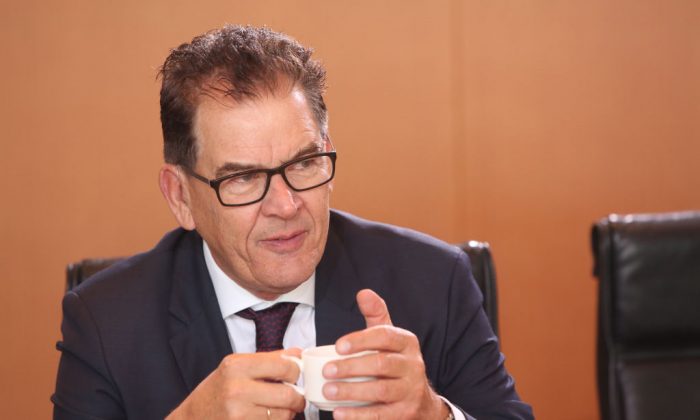 A German official is the latest government authority to voice concerns about developing countries taking up Chinese loans.

Gerd Muller, minister of Germany’s Economic Cooperation and Development, a cabinet-level ministry, stated that the terms for Chinese loans are often “very untransparent,” according to a Jan. 16 article by German-language daily newspaper Handelsblatt. Muller made the remark during a recent visit to Zambia.

He spoke of the situation in Sri Lanka where the local government transferred ownership rights of the Hambantota Port for 99 years to China for a partial debt settlement. The German minister said the port should be a warning signal for other developing countries about Chinese financing.

Muller pointed out that Zambia had benefited from China’s debt relief, but the country is now again highly indebted. “We are concerned about that,” he added.

While Muller did not elaborate on the types of debt relief, Zambia was one of nine countries that received a debt cancellation totalling 1.42 billion yuan ($209 million) from China in 2014, according to the official website of China International Development Cooperation Agency.

In September 2018, Zambia secured $30 million in interest-free loans and a $30 million grant from China, according to Voice of America.

Handelsblatt, citing unconfirmed reports, raised the issue of how the Zambian government had used the country’s state-owned electricity company Zesco as collateral in credit agreements with China.

In December 2018, U.S. national security advisor John Bolton stated that China was poised to take over Zesco in order to collect debt the Zambian government owes, between $6 to 10 billion, according to Reuters. Zambia’s presidential spokesman Amos Chanda denied Bolton’s claim at the time. Chanda added that the country has an external debt of $9.7 billion, of which $3.1 billion is owed to China.

Citing data from the International Monetary Fund (IMF), Handelsblatt pointed out that Zambia’s debt stood at 36 percent of its economic output in 2014. The percentage will rise to 77 percent by 2019, according to IMF estimates.

IMF named Zambia among a list of sub-Saharan African countries at “high risk of debt distress,” in a statement issued in May 2018. But IMF did not name China as the culprit.

Both Sri Lanka and Zambia have received significant investments from China under its One Belt, One Road (OBOR) initiative.

According to China’s official OBOR website, there are over 500 Chinese-invested companies currently operating in Zambia, with involvement in projects ranging from mining, agriculture, manufacturing, and infrastructure.

For example, a new international airport is being built at Ndola, a city in Zambia’s Copperbelt Province, with the estimated cost of $397 million being financed by China’s state-owned Export and Import Bank of China, according to China’s official OBOR website. The airport is being built by AVIC International, a subsidiary of China’s state-owned Aviation Industry Corporation of China (AVIC), an aerospace and defense conglomerate.

The concerns raised by Muller have also been voiced by U.S. government officials.

In February 2018, David Malpass, U.S. Department of Treasury’s Under Secretary for International Affairs, gave a speech at the Washington-based think tank Center for Strategic and International Studies (CSIS), naming China as the party responsible for Venezuela’s economic problems due to its opaque lending.

“If you ask China for its terms, you will not find them,” Malpass said about Chinese loans made to the South American country in exchange for oil, estimated at roughly $50 billion over the past decade, according to Reuters.

Malpass added that such lending “undercuts the incentives of recipient governments to improve their business environments, governance structures, and macroeconomic policies.”

At the same time, these kinds of Chinese deals “often consist of long-term contracts for commodity exports at prices favorable for China, not the exporting country,” Malpass stated.

As examples, the senators pointed to the $1.5 billion bailout offered by IMF to Sri Lanka in 2016 because of unsustainable debts to China. There was also the example of Pakistan seeking an IMF bailout for its debt obligations caused by building the China-Pakistan Economic Corridor (CPEC).

CPEC is China’s most important OBOR project in Pakistan with investments topping $57 billion. The project is centered around a transportation network linking China’s Kashgar City in Xinjiang with the Pakistani seaport of Gwadar.

India’s English-language daily newspaper The Times of India reported on Jan. 13, 2019, that Pakistan has now decided not to seek any IMF bailout package, and will explore other options, after months of negotiations aimed at securing an $8 billion bailout.

“These financial crises illustrate the dangers of China’s debt-trap diplomacy and its Belt and Road Initiative to developing countries,” the senators wrote.