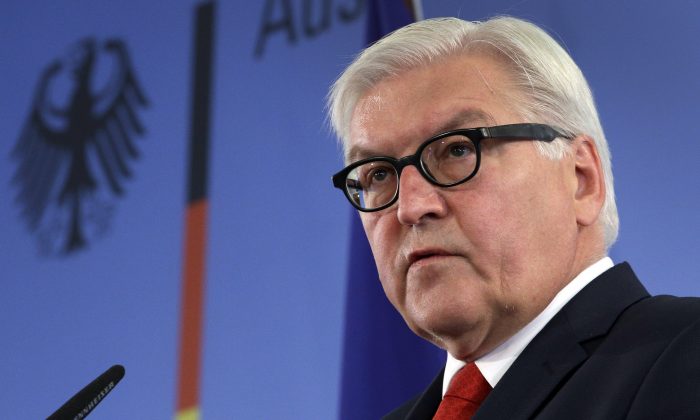 GAZA CITY, Gaza Strip—Germany’s foreign minister has paid a rare visit to the Hamas-ruled Gaza Strip, calling on Israel to ease a blockade on the territory and urging Hamas to make sure no more rockets are fired into Israel.

Frank-Walter Steinmeier is the latest in a series of Western diplomats to tour Gaza since a 50-day war with Israel last summer. While international donors have pledged billions of dollars in aid, little reconstruction has taken place on the estimated 18,000 homes destroyed in the fighting.

Steinmeier said Monday that more efforts are needed to rebuild and to improve the economy. He said, “This requires the opening of crossing points by Israel.”

But he said it would be difficult to do this without an end to rocket fire.

Steinmeier did not meet Hamas officials.