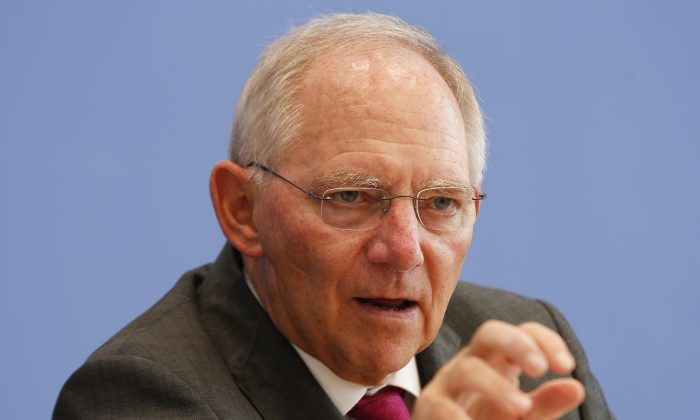 BERLIN—Turkish President Tayyip Erdogan, who accuses Chancellor Angela Merkel of using “Nazi methods” against Turks in Germany, is setting back their integration by years, Finance Minister Wolfgang Schaeuble has said.

Berlin is growing increasingly frustrated about Erdogan repeatedly accusing it of applying “Nazi methods” by banning rallies aimed at drumming up support among Turks in Germany for a referendum that would strengthen the power of his presidency.

Turks workers began moving to Germany in the 1960s and the country now has about 3 million people of Turkish background. Some are fully integrated while others live in ethnic communities with less contact with the majority population.

“In a short time, it wilfully destroys the integration that has grown over years in Germany. The repair of the damage will take years,” he said.

“You are fascists, you are. Be annoyed as much as you want with Nazi practices. If you draw swastikas on the walls of our mosques and don’t hold anyone accountable, you cannot take off this stain,” Erdogan said.

Turkish voters living in Germany begin on Monday casting their ballots in the constitutional referendum.

Last Tuesday, organizers said Turkish leaders would hold no further campaign rallies in Germany before the referendum – to be held on April 16 in Turkey – after a Merkel ally said they were not welcome.

On Wednesday, Germany’s Frank-Walter Steinmeier used his first speech as president to warn Erdogan that he risked destroying everything his country had achieved in recent years.

Erdogan responded by saying that Europeans would not be able to walk safely on the streets if they kept up their current attitude toward Turkey, his latest salvo in the row over campaigning by Turkish politicians in Europe.