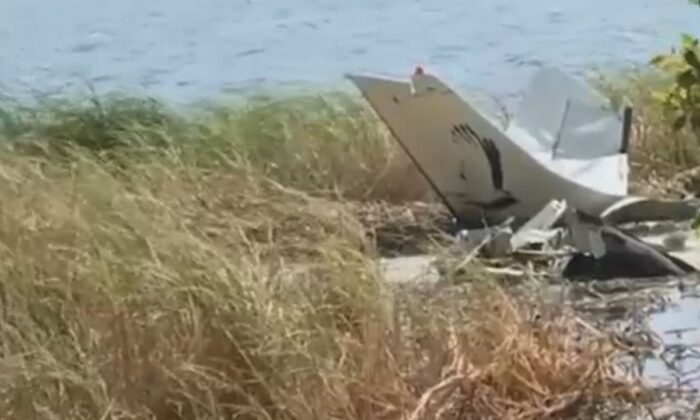 Debris of a plane after it crashed in the Zambezi region, Namibia, on Aug. 30, 2022, in a still from video. (Namibia Broadcasting Corporation via AP/Screenshot via The Epoch Times)
Africa

Five people were killed after the plane they were traveling in crashed in Namibia’s Zambezi region on Tuesday.

Local media reported that a German family of four and a South African pilot were onboard the Cessna 210 aircraft, which came down shortly after taking off from an airstrip on Impalila Island.

They had spent three nights at a lodge in Kasika before they travelled on the charter flight, local media reported.

The cause of plane crash remains unknown.