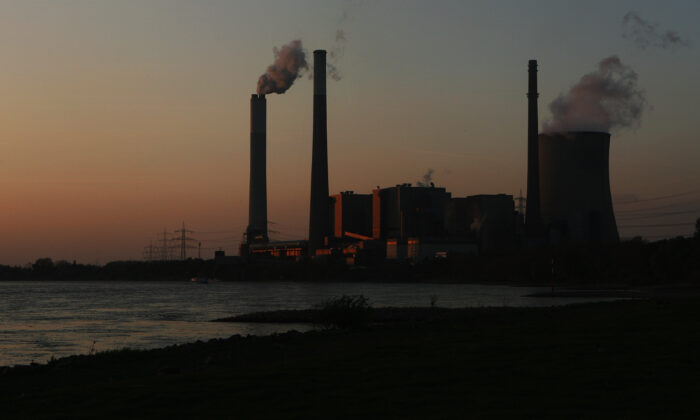 The global energy crisis forced one German electricity producer to shut down its power plant last week after it ran out of hard coal.

Steag GmbH, which operates six large-scale hard coal plants in Germany, was forced to close its Bergkamen-A plant, located in the western part of the country, due to shortages, a Steag spokesperson told Bloomberg.

This isn’t the first time the Bergkamen-A plant has been forced to halt its operations. According to court filings, the plant was put on pause four times for as long as six days at a time in September due to external factors, according to Bloomberg. Three other German coal plants were also halted on Oct. 1 for maintenance.

Steag, which employs more than 6,000 people around the world, is also facing logistical issues amid a surge in demand for river transport as Germany’s economy slowly recovers from pandemic lockdowns.

Despite the logistical issues, the company is still optimistic that its Bergkamen-A plant will be up and running again “quite soon,” and noted that Steag isn’t the only energy company facing such issues.

“We are dealing with a double bottleneck,” Muhlenfeld said. “This is not a specific problem for Steag, but a common problem for nearly all owners of hard coal-based power plants these days.”

Surging energy prices are currently playing out across the globe, with several European countries facing soaring energy bills as gas prices have risen by more than 35 percent in the past month amid lower supplies of natural gas and a surge in demand as pandemic-hit economies around the world reopen.

Lackluster output from Europe’s windmills and solar farms and maintenance work taking nuclear generators and other plans offline have also contributed to the energy price hike.

In Europe, supply levels are 16 percent below the five-year average, a record low for this time of year, and European utilities have turned to coal to combat such shortages, even asking Russia for more supplies. As a consequence, coal is now trading at sky-high levels.

Meanwhile, China, which is almost totally reliant on coal, moved last week to secure more supplies—including electricity and oil—as the country faces electricity supply issues that have forced factories to shut down and caused supply disruptions to large global companies such as Apple and Tesla, as well as small U.S. businesses.

Vice Premier Han Zheng, who supervises the nation’s energy sector and industrial production, ordered China’s energy companies to do “whatever it takes” to secure fuel supplies.

Power rationing is also taking place in at least nine provinces and regions as China attempts to combat its power troubles.

Curbs have been imposed on household power use in northeastern Liaoning Province and two neighboring provinces that are home to nearly 100 million people. Several residents in Liaoning confirmed to The Epoch Times that they’ve experienced unannounced power cuts recently.

But the country’s top provincial official said on Sept. 26 that rationing power for industrial usage, which accounts for about 70 percent of the country’s electricity consumption, still can’t fill the “massive” gap between power supply and demand. Meanwhile, neighboring Jilin Province has vowed to source more coal for household heating use as winter approaches.