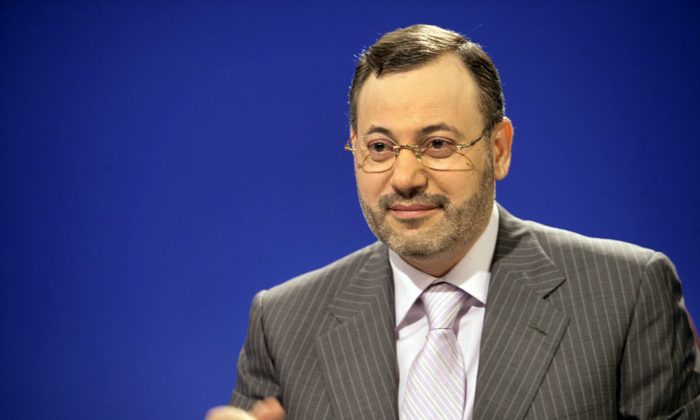 BERLIN—German authorities on Monday were examining Egypt’s accusations against an Al-Jazeera journalist detained in Berlin, trying to figure out whether to keep him in custody pending a possible extradition hearing.

Ahmed Mansour 52, a well-known journalist with the Qatar-based broadcaster’s Arabic service, was detained Saturday at Berlin’s Tegel airport as he tried to board a Qatar Airways flight to Doha.

Berlin prosecutors were expected to make an announcement later Monday in the case.

Justice Ministry spokesman Piotr Malachowski said Mansour was picked up on the basis of a request from Interpol, which had gone through his ministry and the Foreign Ministry and then was routinely passed along to federal police.

Now, he said, German authorities were reviewing the case to determine whether to keep holding Mansour.

Mansour, who holds Egyptian-British nationality, has been convicted in absentia in Egypt on charges that his lawyers and reporters’ groups call politically motivated.

Mansour’s detention is the latest in a long series of legal entanglements between Egypt and satellite news channels. According to court documents, he was sentenced in absentia to 15 years in prison, alongside two Muslim Brotherhood members and an Islamic preacher, for allegedly torturing a lawyer in Tahrir Square in 2011, a charge both he and the channel rejects.

Speaking to reporters at a government press conference, Foreign Ministry spokesman Martin Schaefer said the case was one for Germany’s courts to decide. But he noted that his office has regularly spoken out against human rights issues in Egypt and the widespread use of the death penalty and had the option to veto any extradition decision by the court.

“There will be an intensive examination of the criminal allegations in the light of due process in the Egyptian judicial system, particularly in relation to cases involving the media or to people who are close to the Muslim Brotherhood,” Schaefer said.