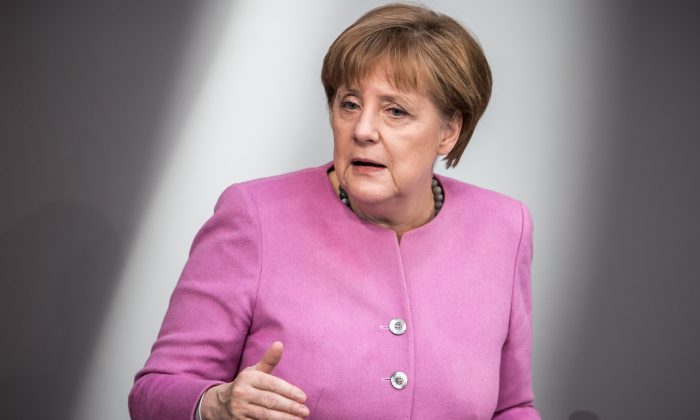 BERLIN—Chancellor Angela Merkel’s Cabinet on Wednesday approved a raft of new measures combining “opportunities and obligations” designed to help Germany deal with the influx of some 1.1 million asylum-seekers registered as entering the country last year and help those who stay become “good neighbors and citizens.”

The package seeks to provide migrants with better access to the German job market and also foresees the creation of some 100,000 government-funded “job opportunities” for migrants. At the same time, migrants will be expected to participate in expanded orientation and language courses, which will also be made available more quickly and to more people than before.

“Learning the German language quickly, rapid integration in training, studies and the labor market, and an understanding of and compliance with the principles of living together in our society and compliance with our laws are essential for successful integration,” the Cabinet said in a statement after the meeting. “The newcomers are to become good neighbors and citizens, which will enable us to strengthen social cohesion and prevent parallel structures in our country.”

In a provision designed to prevent the development of migrant ghettos in big cities, the measures, which still need Parliamentary approval, would mandate newcomers to stay where they have been officially placed for a minimum of three years unless a job is found that takes them elsewhere.

Merkel told reporters that Germany has “learned from the past,” when immigrants were frequently thought of as guest workers or otherwise temporary residents and integration measures were not offered. Now that they are, “we expect people to take up these offers so that integration can work better.”

“I think it’s a milestone that the federal government is passing an integration law that’s based upon the principle of opportunities and obligations, obligations and opportunities,” she said.