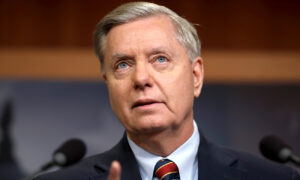 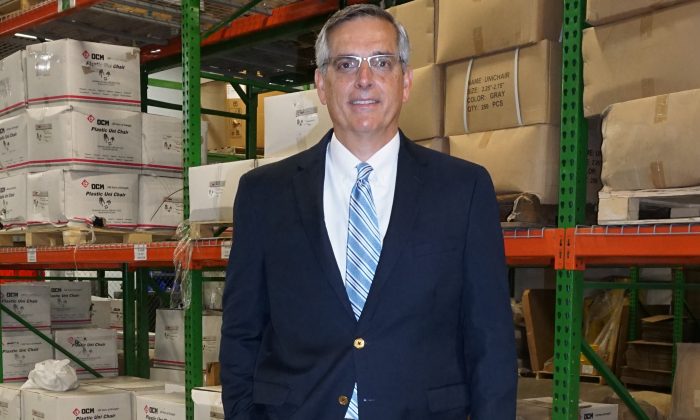 Georgia’s Republican Secretary of State Brad Raffensperger said he will not step down following calls for his resignation by Sens. David Perdue (R-Ga.) and Kelly Loeffler (R-Ga.) amid claims of voting irregularities.

“Earlier today Senators Loeffler and Perdue called for my resignation,” Raffensperger said in a statement. “Let me start by saying that is not going to happen. The voters of Georgia hired me, and the voters will be the one to fire me.”

In a joint statement on Monday, the two Georgia senators said Raffensperger should step down immediately, claiming he has failed to deliver honest and transparent elections.

“The management of Georgia elections has become an embarrassment for our state. Georgians are outraged, and rightly so,” Loeffler and Perdue wrote.

“We have been clear from the beginning: every legal vote cast should be counted,” they continued. “Any illegal vote must not. And there must be transparency and uniformity in the counting process. This isn’t hard. This isn’t partisan. This is American. We believe when there are failures, they need to be called out—even when it’s in your own party.”

Their remarks echoed those made by President Donald Trump, who has claimed that illegally-cast ballots have played a significant role in this year’s election.

Georgia’s voting system implementation manager Gabriel Sterling said Monday that elections are “imperfect” and that officials are sure to find that some people did vote illegally. He added, however, that he does not believe the scale of voting improprieties will be significant enough to change the outcome.

“We are going to find that people did illegally vote,” Sterling said, according to The Associated Press. “That’s going to happen. They’re going to be double voters. There are going to be people who shouldn’t, did not have the qualifications of a registered voter to vote in the state. That will be found. Is it 10,353? Unlikely.”

As of Monday, Democratic challenger Joe Biden was leading Trump by 10,353 votes out of nearly 5 million ballots cast, a lead of around 0.2 percentage points. The law in Georgia permits candidates to request a recount if the margin is 0.5 percentage points or less.

“There have been too many failures in Georgia elections this year and the most recent election has shined a national light on the problems,” Loeffler and Perdue wrote. “While blame certainly lies elsewhere as well, the buck ultimately stops with the secretary of state. The mismanagement and lack of transparency from the secretary of state is unacceptable. Honest elections are paramount to the foundation of our democracy.”

Raffensperger echoed the senators’ assertion about legally-cast votes, vowing to “continue to fight every day to ensure fair elections in Georgia, that every legal vote counts, and that illegal votes don’t count.”

“I know emotions are running high. Politics are involved in everything right now. If I was Senator Perdue, I’d be irritated I was in a runoff. And both senators and I are all unhappy with the potential outcome for our president,” he added.

“If any member of the public raises legitimate concerns, we’ll investigate those. We are committed to doing anything and everything to maintaining trust in our elections process for every Georgian, regardless of partisan preference,” he added.

Raffensperger concluded his Monday statement by saying, “My job is to follow Georgia law and see to it that all legal votes, and no illegal votes, are counted properly and accurately.”

Electoral research carried out by The Associated Press found there have been at least 31 statewide recounts since 2000, with three of those changing the outcome of the election.