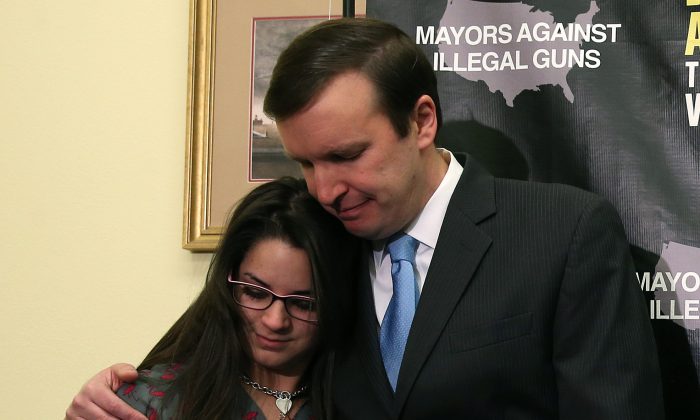 Georgia’s Gun Law on My Mind: Guns in Schools, Airports?

I remember how it felt when I looked up and saw one of our most felonious young library patrons pointing a gun at my colleague’s face. I wobbled to my feet and croaked, “Ray, you know you can’t bring that in here,” hoping to strike a disarmingly maternal tone.

He pointed it at my face, smiled, and oh so leisurely strolled to the door.

Then he turned, opened it up, and showed us that it was a starter pistol. Delightful prank!

But starting July 1, in Georgia, it will be legal to bring real guns into:

At the signing, at a picnic in Ellijay in the mountains of north Georgia, Deal said, “For decades now I have staunchly defended our Second Amendment rights as both a legislator and as governor.” He said about 500,000, or 5 percent, of Georgians have permits to carry weapons.

I used to be one of them. In time, I changed my mind. My weapons stories are so numerous it would exceed my word count if I told them all. They range from not funny to tragic.

See how I call them weapons? That’s because my father was a Marine. He taught me to handle a weapon when I was a girl. Those are happy memories, of bracing the weapon against my shoulder while Dad showed me how to sight and squeeze the trigger during a pause in breath. Very Zen!

This knowledge came in handy later.

A friend was assaulted at gunpoint in front of her gated condo. Similar assaults made the news, and it seemed to be the same criminal, working his way across the city. He was never caught.

As she recovered, she got a concealed carry permit and a handgun. She asked me to take a weapons safety course from the police with her, for moral support. I got a permit and a handgun too. Not only did I want to support her, her trauma had spooked me.

I saved one of the cardboard targets from our class, with an outline of a person, riddled with holes. I wondered if they put them closer for us than they did for their real police recruits—because she and I were hitting our targets. I had a leg up, what with the drill instructor father, but she was quite the Annie Oakley herself.

We were doing this to protect ourselves. That’s how Gov. Deal described HB 60. “This law gives added protections to those who have played by the rules – and who can protect themselves and others from those who don’t play by the rules.”

Gladys Dennard played by the rules. I remember scoring Thin Mints from her in the parking lot, as if it was a drug deal. She would not have delivered the cookies I bought from her daughter to me on work time, inside the workplace. So we did it outside, during lunch.

She was also a conscientious manager. She persisted in a disciplinary process with a library staff member. He shot her to death, and then himself, at work, in July 2002. Her death was a tragic loss both for her family and for the larger world.

When people who want to expand gun laws talk about guns for self-defense, suicide is not the focus. It should be. Gun homicides have declined in America, while gun suicides have increased. In some of the most horrific mass shootings, the shooters were suicidal. Other countries just do not have these situations like America does.

Our weapons safety teachers warned us about this. They asked us if our households had any unstable members, ill members, children, and they told us terrible stories of mistaken identity, accidents, and suicide.

It’s time to start talking about this in a different way.

Gun rights advocates paint a John Wayne/Gary Cooper/Nathan Hale picture of the brave defender of the innocent. It’s not the full picture.

My husband convinced me to give up my guns. By then, I had two: the one I bought to keep my friend company, and the one I took from my father’s house after he developed dementia.

I found it loaded, in his dresser drawer, with a letter about how much he missed my mother, his wife for 50 years.