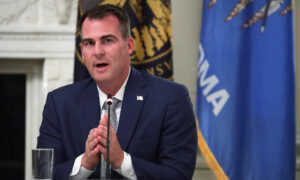 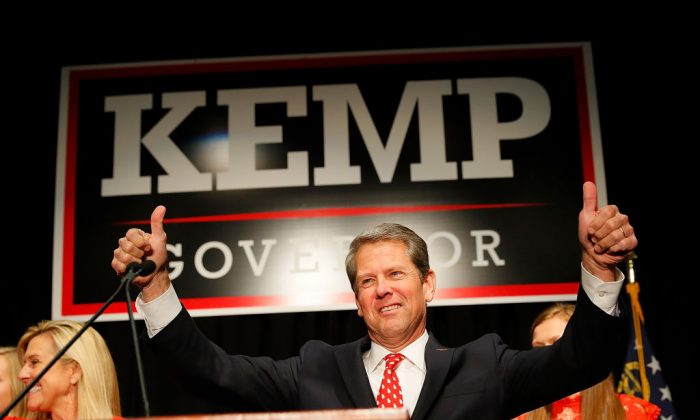 Republican Brian Kemp declared victory as Governor-Elect of Georgia on Friday, Nov. 16, defeating Democrat Stacey Abrams in one of the most closely watched and contested races of the election.

Abrams admitted defeat in a speech Friday night, but insisted it was not a concession.

“Let’s be clear: This is not a speech of concession. Because concession means to acknowledge an action is right, true or proper,” Abrams said. “I cannot concede that.” Abrams said she refused “to say nice things and accept my fate.”

She also said she will start a new organization to advocate for voting rights, called “Fair Fight Georgia.” She plans to use the group to file a federal lawsuit against the state of Georgia “for the gross mismanagement of this election.”

Kemp tried to move past the contentious episode even if his opponent wasn’t willing to. In a Twitter post on Friday night, he pledged to put Georgians first.

“The election is over and hardworking Georgians are ready to move forward. We can no longer dwell on the divisive politics of the past but must focus on Georgia’s bright and promising future,” Kemp wrote. “We will be a state that puts hardworking Georgians—no matter their zip code or political preference—first!”

The election is over and hardworking Georgians are ready to move forward. We can no longer dwell on the divisive politics of the past but must focus on Georgia’s bright and promising future. #gapol (1 of 3)

Kemp had been secretary of state since 2010. He was backed by and supported President Donald Trump.

“Congratulations to Brian Kemp on becoming the new Governor of Georgia,” Trump wrote. “Brian was unrelenting and will become a great Governor for the truly Wonderful People of Georgia!”

“Stacey Abrams fought brilliantly and hard—she will have a terrific political future!” he also wrote.

Abrams said she acknowledged Kemp’s victory, but alleged that he had been involved in what she called “deliberate and intentional” efforts to suppress votes during the election. Her campaign had even planned for possible litigation to challenge the election’s certified outcome, under a law that allows losing candidates to contest the election in situations where misconduct, fraud or “irregularities” applied.

Abrams did not ultimately take this route, which would have required substantial legal burden to prove her case.

Kemp responded to Abrams ending her campaign by praising her “passion, hard work, and commitment to public service.”

Georgia has not elected a Democrat for Governor since the 1998 election.

Lawsuits in a Tight Race

The election was ripe for controversy since Kemp was also Georgia’s secretary of state. He resigned from the position on Nov. 8, and said that it was, in part, to “give public confidence to the certification process.” Five Georgia voters had sued him on election day to block him from overseeing the election, one of the responsibilities of the official position.

On the morning after the election, Kemp was ahead by 1.9 percentage points. Abrams’s bet to force a Dec. 4 runoff was in large placed on the provisional ballots that are provided to people whose identity or registration can’t be verified at the polls. Those votes are only counted if people prove their eligibility within three days—by Nov. 9.

Following Nov. 6, Abrams mobilized her campaign to contact voters and urge them to confirm their provisional votes. She also filed a lawsuit trying to change the rules for accepting ballots with errors and omissions.

Abrams’s lawsuit (pdf), filed on Nov. 11, asked District Judge Steve Jones to order absentee ballots that are missing correct birthdate information on the envelope to be counted as valid—Jones ruled late Wednesday, Nov. 15, in favor of the request.

However, Jones had declined two requests in the same lawsuit—one to extend the deadline for verifying provisional ballots to Nov. 14, and another that would allow people with provisional ballots who tried to vote in a county where they weren’t registered to have their votes counted.

Abrams did win a previous suit on Nov. 9, when District Judge W. Louis Sands ruled that Dougherty County, Georgia, must accept all absentee ballots between Nov. 6 and Nov. 9, to give extra time for a region devastated and delayed by Hurricane Michael in October. The suit had been filed by the Democratic Party of Georgia on behalf of Abram’s campaign on Nov. 8.

Pter Svab of The Epoch Times, and The Associated Press contributed to this article