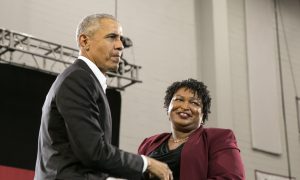 Kristina Malimon is the vice-chair of Oregon Young Republicans, a delegate to Multnomah County Republican Party, and Ambassador to Turning Point USA and Falkirk Center. She said on Dec. 13 she personally witnessed irregularities in the November election.