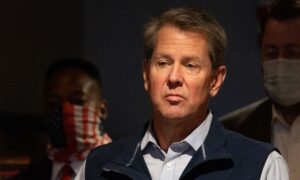 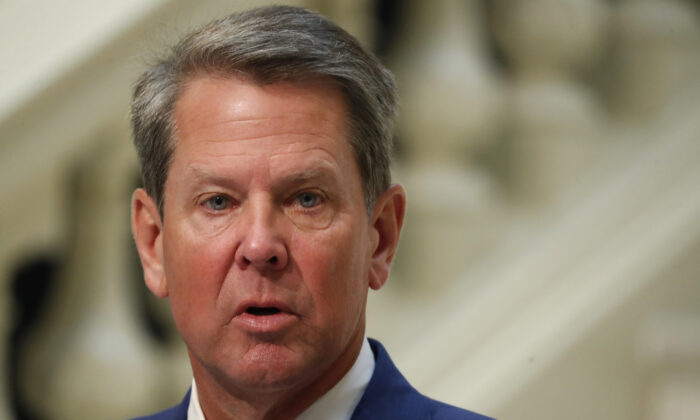 Firefighters and other first responders in Georgia are poised to get $1,000 bonuses, Republican leaders in the state announced Monday.

The bonuses will be paid for by COVID-19 relief funding that was allocated by Congress in March.

Law enforcement officers, firefighters, emergency medical technicians, and correctional officers are among those eligible for the bonuses, which first responders will need to apply for.

“Others may talk of defunding your departments, slashing your budgets, or vilifying your profession—not here in Georgia,” Georgia Gov. Brian Kemp, a Republican, told a press conference in Atlanta.

“We are going to refund, or fund, our public safety officials, and let them know that the people of this state and its leaders value them as well as their families,” he added.

Andy Hester, the president of the Georgia Sheriff’s Association and the sheriff in Turner County, said the bonuses will “make a big difference” to the lives of those who receive them. Janet Moon, chief of police in Peachtree City and president of the Georgia Association of Chiefs of Police, said the supplement will let first responders cover unexpected childcare-related expenses and pay for COVID-19 tests.

Kemp, Georgia House Speaker David Ralston, and other Republican leaders in the state previously announced bonuses for approximately 57,000 state employees, K to 12 public school teachers, and every school-level staffer across the state.

Georgia will ultimately receive approximately $4.9 billion from the package Congress passed in March and President Joe Biden signed into law, according to the Georgia Budget & Policy Institute. No Republicans in Congress voted for the package, which was dubbed the American Rescue Plan. The state package that includes funding for the first responders is pegged at $100 million.

“We’re glad to see Brian Kemp has finally come around to supporting President Biden’s American Rescue Plan after staunchly opposing this critical relief for working Georgians and law enforcement. If Kemp or any of Georgia’s Republican Senate candidates had their way, Georgia would not be seeing a dime of this essential funding for our first responders. These bonuses are thanks exclusively to the President and Georgia Democrats, who passed the COVID-19 relief package without a single Georgia Republican vote,” Rhyan Lake, spokeswoman for the Democratic Party of Georgia, said in a statement.