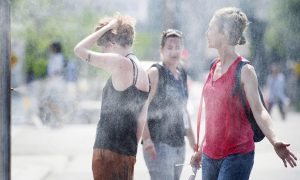 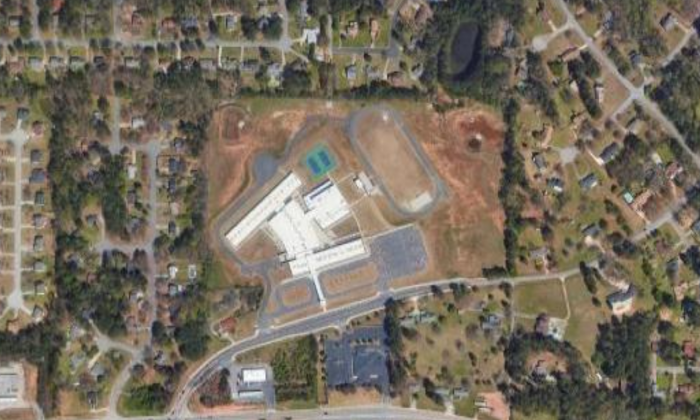 A Georgia high school student has died after she participated in a group training activity outdoors for basketball conditioning in extremely hot conditions, according to reports.

The 16-year-old teenager is identified as Imani Bell. She was an 11th grader at Elite Scholars Academy in Jonesboro, Clayton County.

The Clayton County Emergency Medical Service confirmed to WSB-TV that they found Bell unresponsive inside the school at about 5:52 p.m. on Aug. 13.

Bell was reportedly running outdoors uphill when the heat took a toll on her body, WSB-TV reported. She collapsed at about 4:30 p.m., Tom Jones, a reporter for the station wrote on Twitter.

“There was no water for students who were overcome by heat,” he wrote.

1) Several reliable sources tell me the Elite Scholars Academy student who died was a 16 year old basketball player who was a part of an organized activity running outdoors in the extreme heat. @wsbtv pic.twitter.com/AFT16JjxRX

2) The sources say the student had to run a mile and had to run up hills. There was no water for students who were overcome by heat. She collapsed around 4:30pm. @wsbtv pic.twitter.com/qjCJUWyiZt

According to Fox 5 News, when paramedics found Bell she did not have a pulse, and that she had gone into cardiac arrest and passed away after they were able to get her pulse back briefly.

“We are so sorry for her family’s loss and the pain each one of her classmates are feeling,” Clayton County Fire & Emergency Services said in a statement released to local media after Bell’s death.

Clayton County School Superintendent Dr. Morcease Beasley had visited the teen’s family at the hospital on the night she was pronounced dead.

“There really are no…words for what I saw last night at the hospital. We’re going to investigate what happened and do whatever it takes to make sure the safety of our students is a top priority,” Beasley told Fox 5 News early Aug. 14.

Beasley said in a statement cited by the Atlanta Journal-Constitution (AJC): “We are very saddened by the loss of one of our students this evening … The school district is here to support the family of the student and all staff and student body.”

Bell’s death is being investigated by the Georgia Bureau of Investigation. A spokeswoman for the bureau said it plans to carry out an autopsy on Aug. 15, according to AJC.

The AJC noted that the governing body for sports in the area, the Georgia High School Association, dictates in its constitution that outdoor workouts at a wet bulb globe temperature above 92 degrees are prohibited.

The heat index throughout the state on the day was in excess of 100 degrees, and a heat advisory had been issued according to Fox 5 News.

Justin Miller, who is Imani’s mother’s cousin, told the news station that Bell’s death “could have been prevented.”

“[I]t gives us cause for concern that the basketball team would be doing outdoor conditioning on the track on the hottest day of the year,” he said.

“We feel like coaches and athletic directors should be cognizant of how hot it is. These are students, not world class athletes,” he added. “Her life shouldn’t have ended like this.”

Bell had wanted to play basketball at Stanford University after she graduated high school, Miller said according to AJC.

According to the Mayo Clinic, a nonprofit academic medical center based in Rochester, Minnesota, those who exercise in hot conditions should pay attention to the signs and symptoms of heat-related illness, which, if they go ignored, can lead to a medical emergency and even death.

“If you develop any of these symptoms, you must lower your body temperature and get hydrated right away,” the Mayo Clinic advises on its website.

“Stop exercising immediately and get out of the heat. If possible, have someone stay with you who can help monitor your condition.”