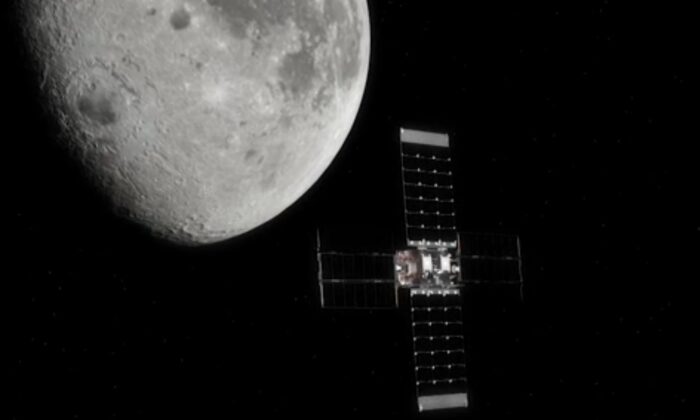 Lunar Flashlight cruise animation. (Georgia Tech via AP/Screenshot via The Epoch Times)
By The Associated Press

After years of preparation, a team of Georgia Tech researchers and students will watch their small satellite leave Earth and begin its mission to the moon.

The Georgia Tech team will then pivot to its role as mission control.

The team will check the satellite’s systems, run through scheduled propulsion burns and set it on its path to the moon.

It will take the satellite about three months to reach its science-gathering orbit.