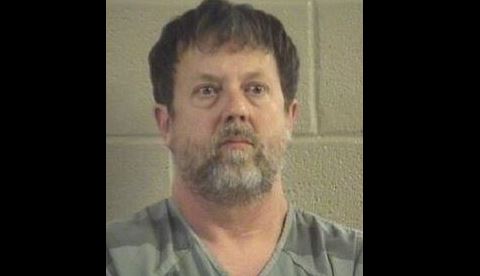 The Georgia teacher who fired a shot in a classroom this week once told police that he hired hitmen to kill someone, according to a new report.

Randal Davidson shot the gun inside a classroom at Dalton High School on Wednesday, Feb. 28.

The social studies teacher was known as the longtime “radio voice” of the high school, calling basketball and football games.

Police in Dalton were once told by Davidson, back in 2016, that he had hired two friends to kill someone on his behalf.

But because officers said they couldn’t verify the confession so Davidson wasn’t charged, reported the Atlanta Journal-Constitution.

Officers ultimately took Davidson to a hospital because he admitted having suicidal thoughts. The school was made aware of the incident.

Davidson said that the friends successfully killed a woman he had an online affair with, added WSB-TV.

In January 2017 another run-in with police happened when Davidson said he didn’t feel well and left the high school campus abruptly in the middle of the day.

He was spotted hours later sitting on a curb about a mile away, unable or unwilling to respond to officers, who escorted him to the hospital once again.

The incident on Feb. 28 sent teachers and students into a panic.

It started around 11:30 a.m., when some students tried to enter Davidson’s classroom but he refused to let them in.

The students alerted Principal Steve Bartoo, who came and tried to use his key to open the door after Davidson forcibly closed it on him.

Davidson then fired at least one shot with a snub-nosed .38 revolver that he illegally brought into the classroom that morning.

Officers responded to the scene and were able to get Davidson to surrender after about 30 minutes.

He has been charged with aggravated assault, carrying a weapon on school grounds, terrorist threats, reckless conduct, possession of a firearm during the commission of a crime, and disrupting a public school.