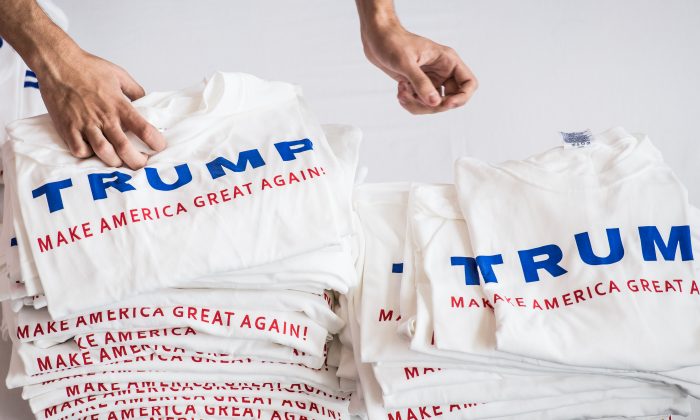 The Georgia teacher can be seen on a student’s cellphone video obtained by Turning Point USA, a conservative news site, comparing the shirts to swastikas.

“You cannot wear a Swastika to school – you cannot use a slogan like that,” the teacher can be seen telling the student.

The female teacher also claimed it was against school policy for the students to wear the “Make America Great Again” shirts.

Footage shows the teacher then kicking the students out of her class to turn the shirts inside out.

“Please go, at least for this class,” the teacher told the students. “I don’t care what you do in other classes.”

The unidentified student who was filming the video then asked the teacher a question.

The Cherokee school district released a statement on Sunday, Sept. 3, stating that the teacher actions were wrong, amid backlash from students and teachers at the school, NBC affiliate 11Alive reported.

Their statement also confirmed that the shirts worn by the students were not in violation of any dress codes.

“[The teacher’s] actions were wrong, as the “Make America Great Again” shirts worn by the students are not a violation of our School District dress code. The teacher additionally—and inappropriately—shared her personal opinion about the campaign slogan during class,” the statement said.

At this stage, it is not yet known if the teacher, whose identity has not been formally disclosed by the school, will face any consequences. The name of the school was also not mentioned in reports.

Because of the incident, school principals will be meeting with their teachers to discuss dress codes and to remind them not to talk about their political opinions with students, 11Alive reported.