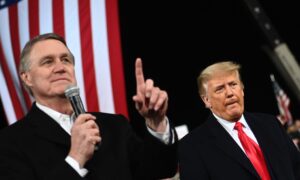 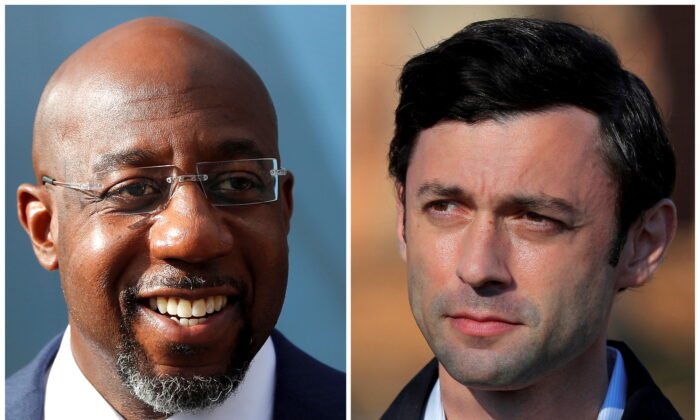 Democratic U.S. Senate candidates Rev. Raphael Warnock and Jon Ossoff are seen in a combination of file photographs as they campaign on Jan. 5, 2021. (Reuters)
Georgia

Georgia’s secretary of state on Tuesday certified the victories of Democrats Raphael Warnock and Jon Ossoff in the twin Senate runoff elections.

Secretary of State Brad Raffensperger’s office certified that Warnock beat Sen. Kelly Loeffler (R-Ga.) by over 1 percent, after he emerged from a free-for-all special election last year with more votes than any candidate, including Loeffler.

The certified results also confirmed Ossoff beat Republican David Perdue by approximately 55,000 votes—a change of around 143,000 votes from the 2020 election, when Perdue edged Ossoff by over 88,000 ballots.

“In certifying the results, the Secretary of State affirmed that all 159 counties have provided to the state the total votes tabulated for each state and federal candidate. Further, the Secretary of State affirms that the statewide consolidated returns for state and federal offices are a true and correct tabulation of the certified returns received by this office from each county,” the office of Raffensperger, a Republican, said in a statement.

Ossoff and Warnock can now be sworn into office. They could not until the results were certified.

Warnock, Ossoff, and Alex Padilla, tapped to replace Kamala Harris as she assumes the vice presidency, will reportedly be sworn in on Wednesday.

Once they are, Democrats will control the 50–50 Senate. The vice president is president of the Senate and, in that role, can cast tiebreaking votes. Democrats also control the House of Representatives for the second straight term.

Democrats surprised winning both Senate runoffs after Democratic nominee Joe Biden beat President Donald Trump in the state, which has long gone for Republicans. The last Democrat to win a Senate election in Georgia before Jan. 5 was Max Cleland in 1996. Georgia last went for a Democratic presidential candidate in 1992, when it was won by Bill Clinton.