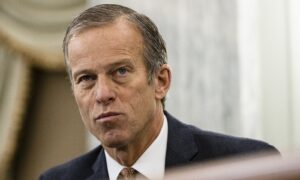 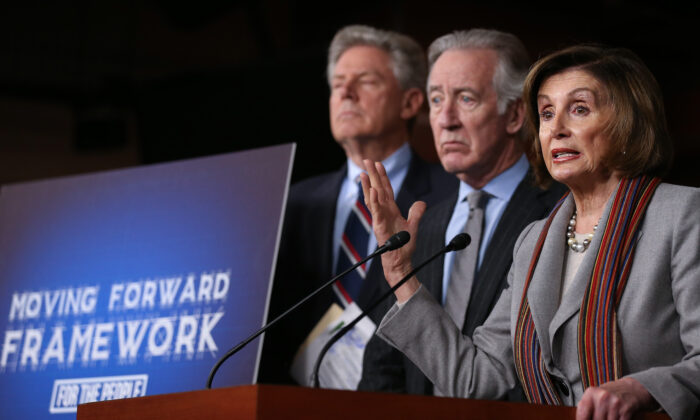 Rep. Richard Neal (D-Mass.), U.S. House Ways and Means Committee chairman, said Sunday that the results of the runoff election in Georgia would influence the $2,000 stimulus checks that President Donald Trump and other officials have proposed.

“I think it’s more contingent upon what happens on Jan. 5,” Neal told reporters when talking about the timing of future legislation on direct payments, according to The Hill.

Trump reiterated on Dec. 25 that the $2,000 stimulus payments should be distributed in as part of a new CCP (Chinese Communist Party) virus relief bill. The House subsequently passed a bill with the relief payments increased to $2,000, but it was blocked by Senate Republicans.

Sen. Mitt Romney (R-Utah) and other Republican senators opposed raising the stimulus check amount from $600 to $2,000. However, Romney didn’t appear to be opposed to other spending measures included in the massive bill, including $300 billion for the Paycheck Protection Program, billions of dollars for landlords, and $47 billion for transportation.

Trump previously condemned the bill the Senate and House would have passed because, he said, it included too many non-pandemic-related measures, including significant amounts of funding to foreign governments, as well as funding for the Kennedy Center for the Performing Arts and Smithsonian Institution in Washington.

Trump said on Dec. 22 that Congress needs to pass a pandemic stimulus bill that includes $2,000 direct payments to Americans, not the current $600, or he would veto it.

Since Congress started again on Sunday, the House will have to pass the $2,000 bill again if they want to push it forward. If Democrats win both seats in the Georgia runoff, the bill will have a higher possibility of passing.

In a press conference on Monday, Rep. Hakeem Jeffries (D-N.Y.), the House Democratic Caucus chair, said that he thinks the $2,000 stimulus checks represent “unfinished business” for the next administration.