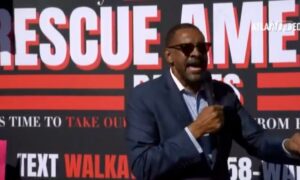 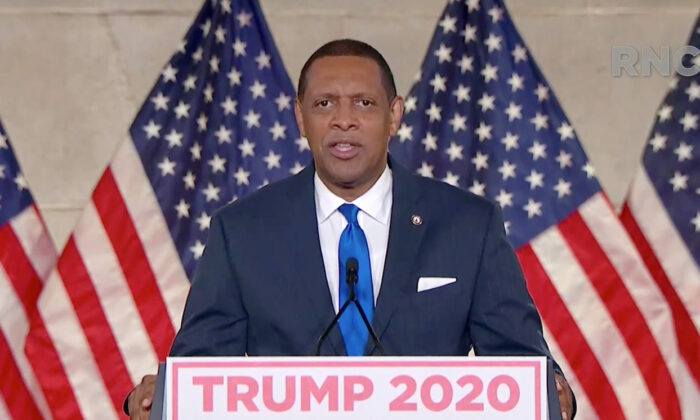 Georgia state Rep. Vernon Jones, who was elected as a Democrat, announced on Jan. 6 that he’s joining the Republican Party.

Jones told NTD’s “The Nation Speaks” over the weekend that he was supporting Republicans to keep socialism from coming to Georgia’s communities.

“More importantly, when you look at where Georgia is, so goes Georgia, so goes this country. We have to hold the line, we have to make sure there’s a balance of power in Washington, so we can continue to block the left from taking us off this cliff,” he said.

“I’m a lifelong Democrat, but I just don’t like these two Democratic candidates in terms of what they stand for. They stand for socialism, defunding the police. They don’t want school choice. They want children to remain trapped in failing schools that have been brought about by Democratic policies,” he said. “I can say this, I don’t leave the Democratic Party. The party left me.”

Control of the U.S. Senate was at stake in the state’s two runoff races.

Jones recently floated a run in 2022 for Georgia secretary of state. Trump and a number of Republicans have been critical of Secretary of State Brad Raffensperger, a Republican, for his handling of the election, and Raffensperger appeared to leak a call he had with Trump just before the runoffs.

“I can say this, our secretary of state has failed,” Jones told NTD. He said Raffensperger’s consent decree with Democrats “created this environment of lack of trust and non-transparency.”

Raffensperger and his office have defended the state’s elections.