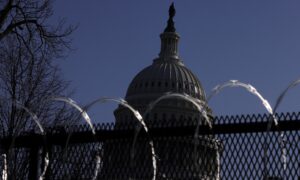 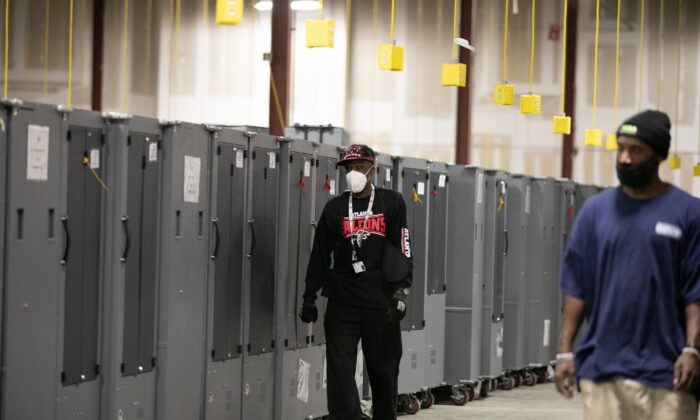 A judge in Georgia says he might unseal absentee ballots in the state’s Fulton County so that a government watchdog can investigate voter fraud allegations.

Amero, during a hearing on March 15, said that if the ballots are unsealed, there needs to be a plan in order to make sure they’re kept in secret and kept secure.

“We want to do this in such a way that dispels rumors and disinformation, and sheds light,” Amero said. “The devil’s in the details.”

He made the comment after a lawsuit filed in a Fulton County Superior Court contended that fraudulent ballots were cast during the Nov. 3, 2020, election amid other alleged irregularities as workers counted votes at Atlanta’s State Farm Arena on election night.

The Georgia Secretary of State’s office, which dismissed such allegations months ago, didn’t immediately respond to a request by The Epoch Times for comment.

The judge discussed an order that would prohibit Favorito’s group from disclosing their work without permission from the court, adding that he might appoint an official to oversee the analysis. The review of the ballots, according to Amero, could start in April, as reported by the AJC.

“I can’t sign an order until such time as I’m satisfied that the manner and method (of review) proposed by the petitioners is reasonable,” the judge said.

Favorito, co-founder of the Voters Organized for Trusted Election Results in Georgia, a conservative group founded in 2006, has blamed both Democrats and Republicans for leveraging “election integrity for their own benefit.”

“In H.R. 1, the Democrats are trying to take control of the country with a bunch of unconstitutional provisions,” Favorito said, according to Politico. “In Georgia, the Republicans are trying to solidify their power with certain election provisions in the omnibus bills, which don’t benefit President Trump, and they don’t benefit the people of Georgia, for the most part.”

In recent weeks, Republicans at the state and federal level have called for a variety of election reforms while calling on lawmakers to reject Democrats’ proposals.