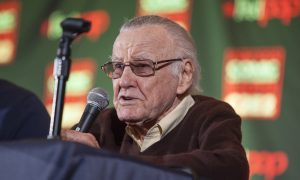 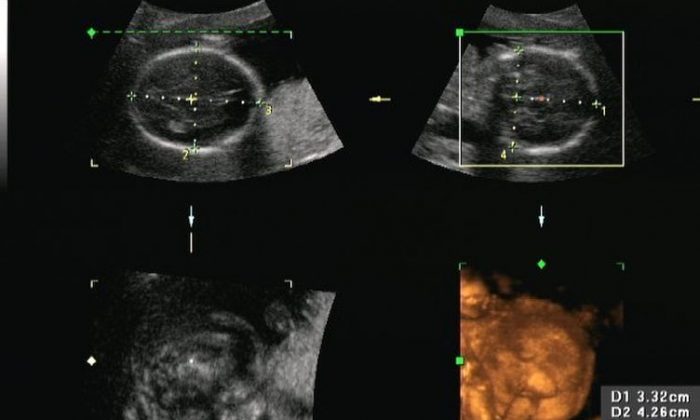 The Ohio House of Representatives has passed an abortion bill that would ban abortions after the first fetal heartbeat is detected, according to The Associated Press. (Terry J. DuBose, M.S., RDMS via Creative Commons Attribution-ShareAlike 3.0 License.)
US News

A Georgia House panel approved a bill on March 6 that would ban abortions once a fetal heartbeat was detected, advancing the controversial bill after hours of debate.

The bill, House Bill 481, also known as Living Infants Fairness and Equality (LIFE) Act, will be considered for debate on the House floor and could pass through to the Senate as early as Thursday.

The bill says “Modern medical science … demonstrates that early infants in the womb are a class of living, distinct human beings that, among other individual human traits, have their own distinct blood types, organ systems, and unique fingerprints,” among other traits.

Current Georgia law allows abortions up to 20 weeks; if passed, the so-called heartbeat bill would ban abortions when a fetal heartbeat was detected, which typically happens in a women’s sixth week of pregnancy. Exceptions are included if not getting an abortion would pose substantial and irreversible physical harm to the prospective mother or in the case of rape or incest.

“I believe in the common sense of Georgians,” state Rep. Ed Setzler, a Republican and the bill’s sponsor, told the House panel before the bill passed, reported the Atlanta Journal-Constitution. “They recognize that science tells us a living, distinct whole human being with a heartbeat living in the womb is worthy of protection.”

“Life in the womb is sacred and worthy of full legal protections,” he added, according to CNN. “When there is a beating heart, that’s a human being worthy of protection.”

Witnesses included a woman who said her parents had been told to abort her because doctors thought she would be severely disabled and state Rep. Park Cannon, who said she got an abortion after being raped.

Cannon, a Democrat, said that abortion bans of any type are political and that she’s opposed to them.

What I can tell you about these abortion bans across the country, they’re not to protect the life of the mother nor life of the embryo,” she said. “We’re deeply concerned about the effects of Republicans playing politics with women’s lives.”

At one point, state Rep. Kim Schofield, a Democrat, attacked Seltzer, asking him: “How many times have you actually carried a baby?”

Throughout the hearing, he spoke about his wife’s pregnancies, including multiple miscarriages she suffered.

Dr. Kathy Altman, a retired OB-GYN who once worked as a medical director for the pro-abortion Planned Parenthood group in Florida, said she supported the bill.

She noted that she once supported abortion and had one herself but later came to regret it.

“I wish there had been a heartbeat bill back then,” Altman said. “We have convinced young women that an unplanned pregnancy is the worst thing that can happen to them and their right to reproductive freedom is more important than their baby’s right to live.”

The committee approved the measure 17-14, with all Republicans voting for the bill and all Democrats voting against it.

Georgia Gov. Brian Kemp said he supports the bill, stating on his campaign website: “I support a ‘Heartbeat Bill’ that outlaws abortions after six weeks.”