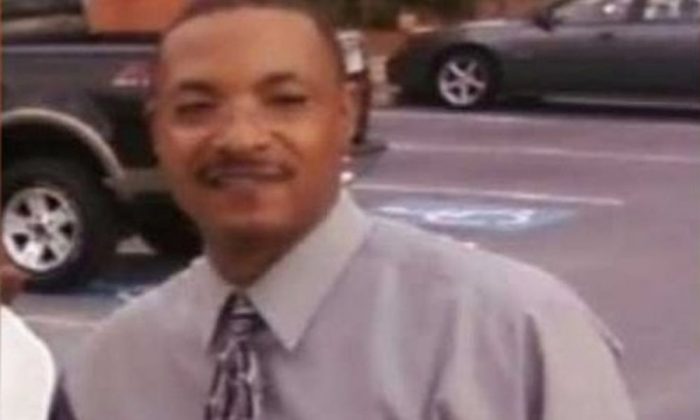 DOUGLASVILLE, Ga.  — The Georgia Bureau of Investigation is reviewing the death of a man who was shot by a sheriff’s deputy Monday while struggling with his son over a gun, authorities said.

It happened after a security guard called a 911 call around 8:20 p.m., saying he had been held at gunpoint in a Douglasville mobile home park, the GBI said in a news release. When Douglas County sheriff’s deputies responded to the call, a witness told them a man with a gun was on the next street.

The deputies found a man nearby, later identified as 25-year-old Bias Daniels, armed with a handgun, and he obeyed their order to put the gun down, according to the news release. They said his father, Bobby Daniels, was standing nearby and grabbed the gun when his son placed it down, and then the two struggled for the weapon.

Bobby Daniels, 48, died at the scene. An autopsy is planned.

Authorities said Bias Daniels picked up the gun and ran. He was later arrested on charges of aggravated assault, kidnapping and obstruction. Douglas County jail records do not indicate whether he has an attorney to comment on the charges.

Douglasville is about 20 miles west of Atlanta.

Officials said deputies shouted for the men to put the gun down and unsuccessfully tried to use a Taser. They said one officer fired and hit Bobby Daniels when the gun was pointed in the deputies’ direction.