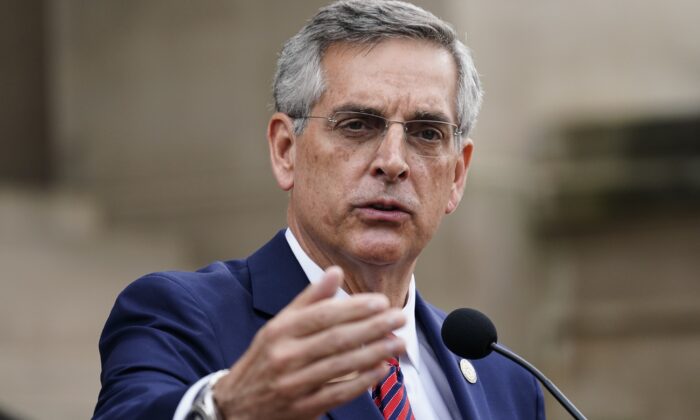 Groups in Georgia have been trying to get people who live in other states to vote in the upcoming runoff elections, Secretary of State Brad Raffensperger announced Monday.

“I’m announcing an investigation into third-party groups working to register people in other states to vote here in Georgia,” Raffensperger told a press conference.

America Votes has been sending absentee ballots to people with addresses where they haven’t lived since 1994, according to the official. Vote Forward attempted to register a dead Alabama woman to vote in Georgia. The New Georgia Project allegedly sent voter registration applications to New York City. And Operation New Voter Registration Georgia is accused of telling college students that they can change their residency to Georgia and change it back after the election.

“Voting in Georgia when you’re not a resident of Georgia is a felony, and encouraging college kids to commit felonies, with no regard for what it might mean for them, is despicable,” Raffensperger, a Republican, said.

“These third-party groups have a responsibility to not encourage illegal voting. If they do so, they will be held responsible,” he added.

A Vote Forward spokesperson said in an emailed statement: “The letters our volunteers are mailing in advance of the January 5th special election are being sent only to Georgia addresses, not to any other state. These letters do not include registration applications and do not directly register anyone to vote. We rely on a third-party vendor for voter information and try to make sure this data is as accurate as possible. However, the data is imperfect and there are some inconsistencies that we can neither predict nor control. If any letter recipient has moved out of state or passed away, they will of course be unable to register to vote in Georgia, and the letter itself will have no effect.”

The groups on social media have repeatedly urged Georgia residents to register to vote in the Jan. 5, 2021, runoff elections but no malfeasance was visible on their feeds or websites.

The runoffs are for two U.S. Senate seats.

One charge under investigation is that Gwinnett County has more absentee ballots than absentee envelopes.

“This is the kind of specific charge that our office can investigate and ascertain the truth,” said Raddensperger.

There are multiple probes regarding mail-in ballots across counties and the office is investigating potential dead, double, and non-resident voters.