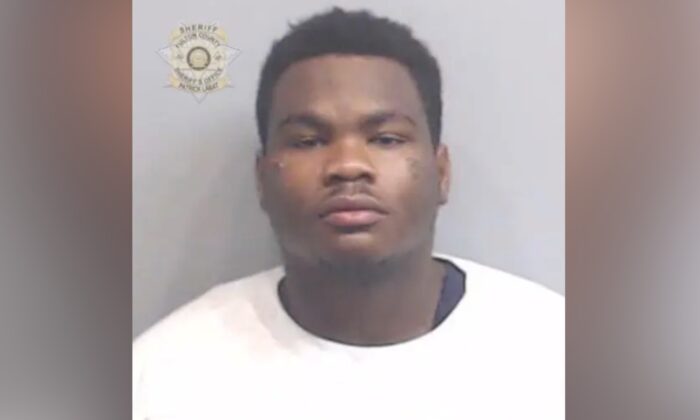 Authorities in Georgia were infuriated after a Fulton County judge initially granted bond, which has since been increased, to an alleged gang member who has been accused of shooting an Atlanta police officer six times in the line of duty.

Christian Eppinger shot David Rodgers, an 11-year veteran officer of the Atlanta Police Department, in early February while he was trying to take the suspect into custody on an outstanding warrant, police said. Rodgers survived the flurry of gunshots but is still in recovery.

The 22-year-old suspect has a long criminal history and was out on probation at the time of the police shooting. He received a 10-year sentence, four in custody, following an armed robbery he committed in May 2016. He was 16 years old at the time.

“It is the position of the state that that individual should not have been given bond, based on his history—based on where he was in the process here at Fulton County,” Fulton County District Attorney Fani Willis said at a news conference on Wednesday. “It is something that has upset my law enforcement partners, and also me as the district attorney.”

Eppinger was initially denied bond during his first court appearance after the Feb. 7 shooting of Rodgers, but a Fulton County judge granted him a $395,000 bond earlier this week, WSB-TV2 reported.

The move was quickly followed by a response from Willis and Atlanta Police Chief Rodney Bryant, who held a news conference on Wednesday to criticize the judge’s decision. The district attorney’s office also filed an emergency motion asking the court to reconsider his bond.

At a Thursday hearing, Fulton County Judge Alexandra Manning upped the suspect’s bond to over $2 million cash. Willis said the judge could sentence Eppinger to up to 60 years in prison.

“I want to be very clear for the public, though. Mr. Eppinger is not getting out of jail,” Willis said. “There is a hold on him from the Fulton County Jail as a result of that [probation] revocation.”

“We want to make sure that, in my lifetime, he never sees society again,” Willis concluded.

During Wednesday’s press briefing, Willis and Bryant showed a video of the police shooting, calling it an “assassination” attempt.

“He shot one of Atlanta’s finest … and he shot him six times. He really attempted to assassinate him. Just by the grace of God, this officer lived,” Willis said. A fundraiser for Rodgers has already raised more than $35,000. Police said he still has a long recovery ahead but the injured officer is doing well and is exhibiting “positive energy.”