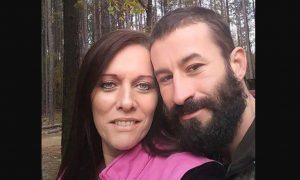 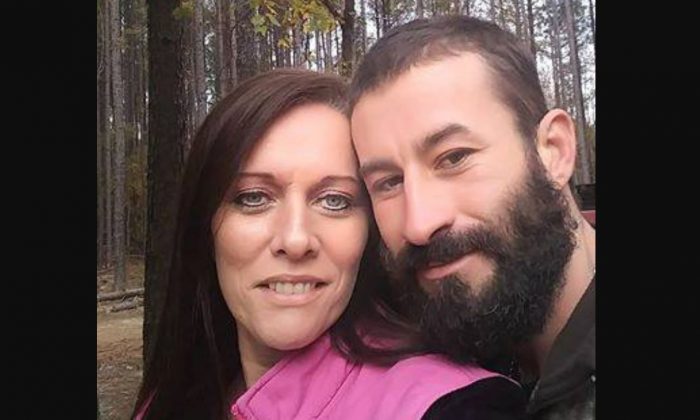 Georgia Couple Found in Burned out Truck Presumed to Be Victims of Murder-Suicide: Report

A man and woman who went missing in Georgia after a domestic struggle on New Year’s Eve and who were found in a burned out truck were likely victims of a murder-suicide, authorities said in an update.

Steven Rhodes and his wife Melissa Meeks Rhodes were reported missing on Dec. 31, 2018, after Melissa Rhodes’ daughter alerted authorities after she failed to get in touch with her mother.

Heavy rain hindered the search for the couple but they were finally spotted by a helicopter pilot and the truck was reached by foot by law enforcement officials.

The truck was burned out and a shotgun and spent shells were found at the scene.

In an update on Jan. 7, officials described the scene and what they believe happened in more detail.

Taliaferro County Sheriff Marc Richards said that when he and Greene County Sheriff Donnie Harrison approached the truck on foot due to the rain, they saw the bodies of two people inside.

One was a woman laying on the passenger floorboard while the second body was in the driver’s seat.

“You could see a shotgun between what used to be the legs of the person seated on the driver’s side with the seat tilted way back,” Richards told The Union-Recorder. “The legs were almost completely burned off the body.”

Officials didn’t know yet what was used to set the truck on fire.

The local outlet said that local and state officials now believe it was a murder-suicide.

After the discovery of the bodies on Jan. 1, Richards told WSB-TV: “It appears to me that he killed her, got outside the truck, lit the fire, got back in and killed himself.”

While authorities still haven’t completely confirmed that the bodies were those of Steven and Melissa Rhodes, the medical examiner at the Georgia Bureau of Investigation in Decatur is working on that, said Pat Morgan, special agent in charge at the bureau’s office in Thomson.

The fact that the bodies were so badly charred has made it harder to positively identify the bodies, he said.

“Basically, this is going to be tending the autopsies and some crime lab testing that we’re going to get done, but due to the condition of the bodies, we’re still gathering evidence that we need to make a positive identification of the two bodies,” Morgan said. “I don’t know yet how long that’s going to take.”

But officials believe the bodies are the Rhodes and immediately called off the search for the missing couple after the bodies were found.

The search was triggered by Melissa Rhodes’ daughter. “When she arrived home she observed some things that raised her suspicions about something being not quite right,” Harrison previously told WSB-TV. “We do know something took place that rose some red flags for the family and for us.”

“She observed some things that disturbed her in the yard,” Harrison told the Athens Banner-Herald. “She couldn’t locate her mother or her stepdad.”

According to the Union-Recorder, the signs indicated that a domestic argument turned physical sometime on New Year’s Eve before the couple left the house. Morgan, the Georgia Bureau of Investigation agent, confirmed that evidence indicated an altercation took place.

“Now as to what that altercation was and how physical it may or may not have been, at this point I can’t tell you,” Morgan said. “And I will tell you that we did, in addition to other items there, we did seize two phones from that residence.”

There was also damage done to some of the vehicles on the property, he added.

The couple had no children together but Melissa Rhodes left behind three daughters from a previous marriage while Steven Rhodes left behind a son and a daughter. According to Melissa Meeks Rhodes’ Facebook account, the couple was married since Dec. 4, 2015, and lived in White Plains. She worked in flooring sales at Lowe’s. Steven Rhodes’ Facebook account did not list a workplace but authorities described him as a welder.