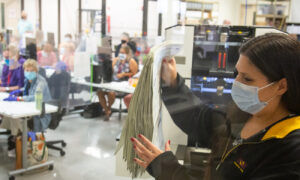 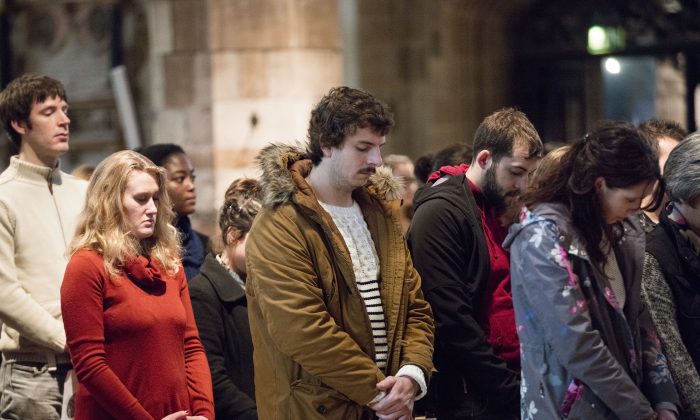 Members of the congregation bow their heads in prayer during a special service in solidarity with the people of Paris after Friday's terrorist attacks at St Giles Cathedral on November 15 2015 in Edinburgh, Scotland.(James Glossop - WPA Pool/Getty Images)
US

The Georgia state legislature is considering a bill that would try to bring public prayer back in schools.

The bill, titled “Georgia Student Religious Liberties Act of 2016,” would encourage public schools to reinsert religious expression in school activities, such as in school assignments, by speakers during school events, and promote the organization of religious groups and activities.

It would also try to establish “a model policy for voluntary religious expression” and “repeal conflicting laws.”

Seen as a challenge to the 1962 Supreme Court ruling that outlawed public prayer in schools, the bill has been denounced by various civil liberty groups.

“With regard to all of the “Religious Freedom” bills circulating at the State Legislature, they are all essentially unconstitutional and contradict the civil rights laws on the books now,” the Freedom From Religion Foundation of Georgia said in a statement, reports WSB TV.

“If any of these bills pass they would allow anyone to claim their religion as a reason to discriminate against anyone for any reason. This is just another example of our politician trying to use our Secular government to impose their religious doctrine on everyone. Most of these politician are also pandering to the Christian fundamentalist for votes.”

The bill was also criticized by the American Civil Liberties Union of Georgia.