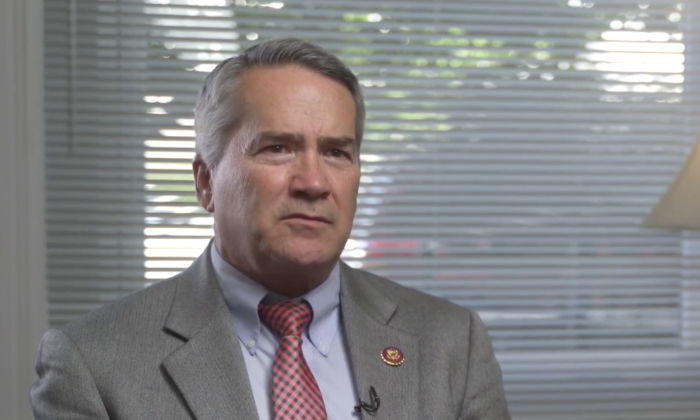 Rep. Jody Hice (R-Ga.) has filed a motion to quash a subpoena for him to testify before a grand jury in Fulton County, Georgia, about whether former President Donald Trump and others attempted to illegally interfere in the state’s 2020 elections.

The motion, filed on July 18, argues that discussions Hice had during his investigation of alleged election irregularities were within his authority as a member of Congress and are shielded by the Constitution from any legal inquiry or proceedings.

The filing also argued for high-ranking officials not to be called in as witnesses as long as the information sought from them can be gathered from other sources.

Hice’s scheduled appearance before the Fulton County grand jury on July 19 has been postponed until a federal judge can address the representative’s motion to quash. A hearing on the motion is set for July 25. The postponement was agreed to by both Hice’s lawyer and the Fulton County district attorney’s office.

Hice is challenging the subpoena in federal court as opposed to the state courts.

When Trump raised doubts about the results of the 2020 presidential election, Hice was one of the Republicans who backed him. On Jan. 6, 2021, Hice voted against certifying the election.

In 2021, Willis, a Democrat, opened an investigation into Trump and his allies over their alleged attempt to reverse the results of the 2020 election. In May 2022, a special grand jury with subpoena powers was set up at Willis’s request.

Top Republican officials from Georgia, including Attorney General Chris Carr and Secretary of State Brad Raffensperger, have testified before the grand jury. Gov. Brian Kemp is scheduled to submit his statement on July 25.

Willis’s office also sent out letters to certain Georgia Republicans, warning them that they, too, could be indicted. One of the recipients of these letters was state Sen. Burt Jones.

On July 15, Jones filed a motion seeking to disqualify Willis, describing her decision to target him as a “blatant effort to sway the outcome of the election,” according to Axios. Jones is running for lieutenant governor of Georgia.