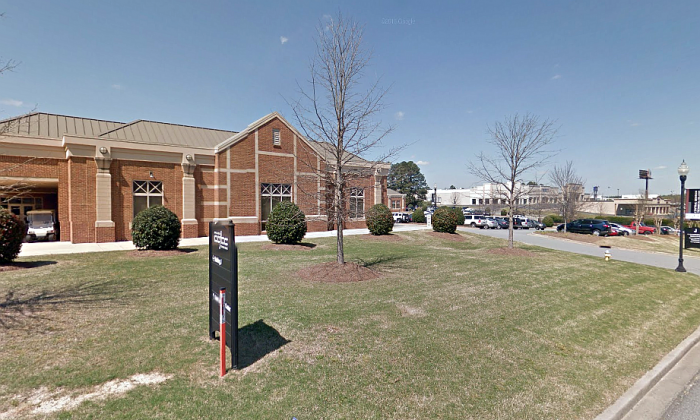 A college in Macon, Georgia, was placed on lockdown after reports of shots fired on Monday morning.

As of Monday afternoon, a spokesperson for Central Georgia Technical College said the lockdown was lifted following a sweep of the campus by police as well as Bibb County Sheriff’s deputies, WMAZ-TV reported.

Police got a call of an “active shooter” and gunfire at around 11 a.m. local time, but there were no reports of injuries. No one was arrested.

Bibb County sheriff’s Lt. Randy Gonzalez told the Macon Telegraph that no active shooter was on campus as of 12 p.m. local time.

Officials said three shots were fired after an argument in the school cafeteria. The argument escalated outside the college’s Building I, and shots were then fired. Three men then fled the scene in a black Ford Crown Victoria.

A woman who identifies herself as a student said she heard the shots.

“Yeah see I am one of the students on lock down right now. Some shots sounded from the back of campus. Most assumed it was just something else. They have locked us in our class rooms with lights off and we are not allowed to leave until we are giving an all clear,” Maddison Ward wrote on the Telegraph’s Facebook page.