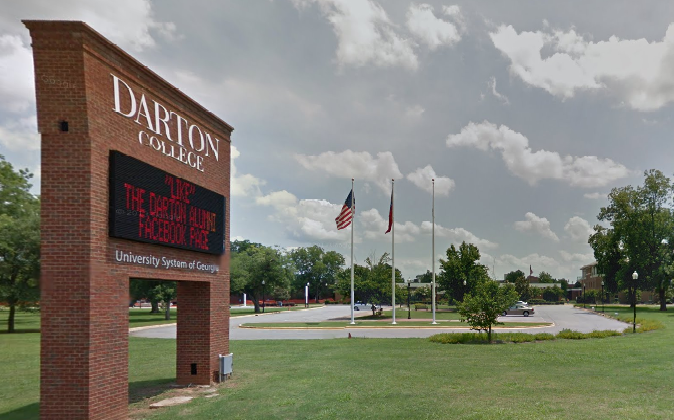 Georgia Police Officer Kicked Out of College Classroom Over His Gun

A police officer, who was in uniform, was attending a class in Darton State College in Albany, Georgia, where he is a student.

But an instructor apparently became uncomfortable with the police-issued gun he was carrying, WALB-TV reported on Wednesday. The teacher then kicked the officer, who was not identified, out of the classroom. The station said that he was “escorted” out, without elaborating.

Needless to say, there has been blacklash on social media against the school over the move. “I hope the professor was disciplined and had to personally apologize to the officer,” wrote one person on Facebook. Some also called for the unnamed professor’s job. “Why wasn’t this professor fired. Disgraceful,” said another.

Dr. Thomas Ormond, the school’s vice president for academic and student affairs, issued a statement on the matter.

“Darton State College is appreciative for the service of our law enforcement, and welcome them as students on our campus. We have apologized to the officer for our misunderstanding when he attended class on our campus, and we regret this happened. We have met with the faculty and staff involved to reiterate the Georgia Law and Darton Policy,” he said.