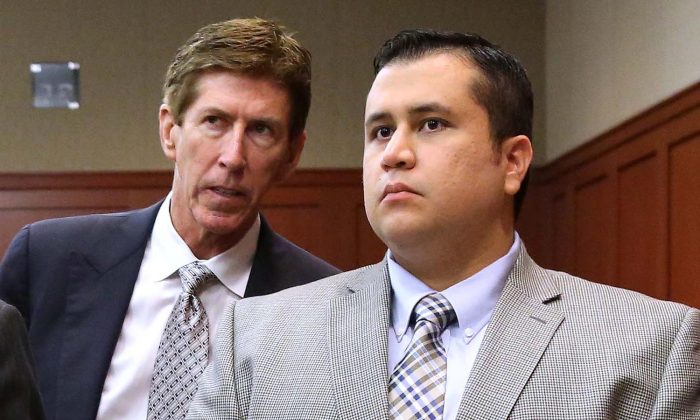 George Zimmerman allegedly threatened to kill another driver, according to reports.

Florida police are currently investigating the 30-year-old ex-neighborhood watch volunteer after he apparently stalked a driver and threatened to kill him this week.

Police records suggest that Zimmerman pulled up next to a driver in Lake Mary, Florida, and made a threat. “What’s your problem? Why are you shaking your finger?” he asked.

The other driver, Matthew Apperson, alleges that Zimmerman then threatened to kill him.

Matthew Apperson told the dispatcher: “George Zimmerman was the driver, and they were threatening to kick my ___ and to shoot me,” the Orlando Sentinel reported.

He added that Zimmerman “said he was going to shoot me dead,” he also told the dispatcher.

Apperson then said he pulled into a store and got out to find a phone. He then alleged that Zimmerman made a move with his car that “almost hit my car,” the Sentinel reported.

The police report said that a store surveillance video shows Apperson walking into the store and a Honda Ridgeline truck, which Zimmerman was allegedly driving, left.

Zimmerman was acquitted of the murder of 17-year-old Trayvon Martin last year. He raised $200,000 from the public for his legal defense.

He later sold a painting for $100,000 and also signed up to fight DMX, the rapper, in a boxing match. It never materialized.