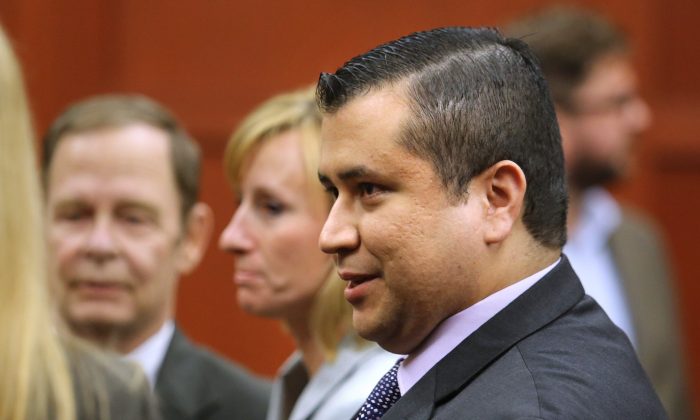 George Zimmerman leaves the courtroom a free man after being found not guilty, on the 25th day of his trial at the Seminole County Criminal Justice Center July 13, 2013 in Sanford, Florida. He was pulled over in Texas on July 28 after he was speeding. (Joe Burbank-Pool/Getty Images)
US

UPDATED: George Zimmerman Pulled Over in Texas, Had Gun in Glovebox

George Zimmerman was pulled over over the weekend after he was speeding, and he had a gun in his glove compartment.

Zimmerman was speeding in Forney, Texas on July 28 around noon when he was stopped by police, according to TMZ.

Zimmerman told police officers he was headed “nowhere in particular” while informing them he had a gun in his glove compartment. He was sent back on the road with a warning from the cops, who told him “have a safe trip.”

Zimmerman became well-known across the U.S., and across the world, after killing an unarmed black youth Trayvon Martin in a Florida neighborhood after a fight broke out between the two in February 2012. Zimmerman was recently acquitted of all criminal charges relating to the incident.

Forney is about 15 miles east of Dallas.

[View the story “George Zimmerman Pulled Over in Texas” on Storify]