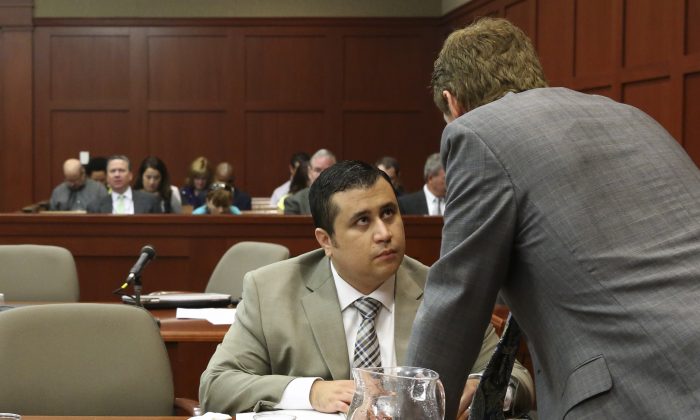 George Zimmerman, left, talks with his defense attorney Mark O'Mara during his trial in Seminole circuit court in Sanford, Fla. Tuesday, June 25, 2013. Zimmerman has been charged with second-degree murder for the 2012 shooting death of Trayvon Martin. (Gary W. Green/Orlando Sentinel)
US

See a live stream of court proceedings for today, June 28, and a guide to what’s happened this week here.

George Zimmerman is a neighborhood watch volunteer in Florida who is on trial over the shooting of Trayvon Martin, an unarmed black teenager who was walking back from a convenience store when shot by Zimmerman.

The shooting, which happened on a rainy night in February 2012, was in self-defense, says Zimmerman. He has been charged with second-degree murder.

The trial is ramping up after jury selection on June 20 and opening statements on June 24.

We’ll be posting periodic updates, including pictures, on this post.