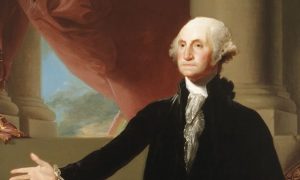 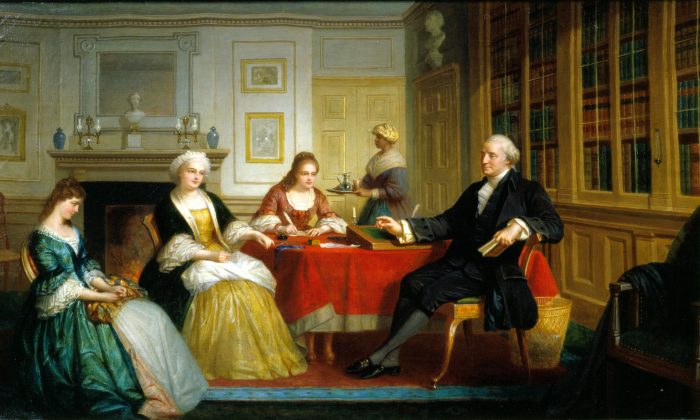 George Washington Gets a Library

WASHINGTON—In 1797, two years before his death, George Washington expressed concern that he had not built a place to house his military, civil, and private papers. The first president said, with some understatement, they were “voluminous and may be interesting.”

Little did he know that it would take more than two centuries for those papers to make their way back to Mount Vernon, his beloved home on the banks of the Potomac River.

The Mount Vernon Ladies’ Association announced in July that it had completed a home for Washington’s papers, the Fred W. Smith National Library for the Study of George Washington.

The association, the largest and oldest organization in the United States led by women, has maintained stewardship of Mount Vernon since 1858, when it saved Washington’s home from “the indignity of ruin and destruction by raising funds and purchasing the estate from Washington’s family. By that time much of the contents, including those of the library, had been sold.

“No American president deserves the honor of a presidential library more than our first chief executive, nor is there a better story to tell,” said Ann Bookout, regent of the Mount Vernon Ladies’ Association, announcing the library’s completion at the National Press Club July 11.

The new library is built on a 15-acre portion of the estate and spans three levels and 45,000 square feet. At the heart of the U-shaped building is a two-story, light filled reading room, which looks onto surrounding woodlands, a series of climate-controlled rooms, and a vault, for rare books, historic manuscripts, and precious documents. The bulk of the collection is stored at a lower level while a larger education wing on the east side of the building provides rooms for seminars, lectures, and training programs. A smaller west wing contains office space for visiting scholars and staff.

Among the 2,500 rare books in the collection, 54 titles (105 volumes) are from George Washington’s personal library. The Boston Athenaeum bought the majority of his original 1,200 titles in 1848, but the ladies are keen to acquire duplicates.

Washington lacked a college education and his writing, unlike those of other presidents, reveals little of his influences, but the library offers rare insight into his thinking, said curator Susan Shoelwer.

“Visitors often think of George Washington as a man of action, but behind the rebel and the leader was a critical, inquisitive reader,” she said in a statement.

His collection includes literary works but was not a showpiece of rare books. It reflected practical application to his various pursuits, whether as a surveyor, farmer, architect, army general, legislator, or president.

Included in the collection will be Washington’s personal copy of the “Acts of Congress.” The Mount Vernon Ladies Association, fearing that it would disappear overseas, raised the funds to purchase the leather bound volume at a Christie’s auction in New York in 2012. It includes a copy of the Constitution, the Bill of Rights, and other legislation passed by the first session of Congress, complete with his personal annotations.

“The Acts of Congress” has been touring the 11 other presidential libraries around the country during the library’s completion, but it will not be on display in the new library on its return.

Unlike the other presidential libraries, which are federally funded and house museums, the George Washington library is not open to the general public. It has a small staff and is strictly for scholarship, said Bookout.

“We built our education center and our museum seven years ago and the next phase was to build this presidential library, so it is truly a library,” she said, adding that if the “Acts of Congress” were to be displayed, it would go into the Mount Vernon museum on the estate.

An accommodation block to the north of the library has been built for visiting scholars and lecturers, and contains two apartments, six individual guest suites, plus a kitchen, and dining and living area. Seven inaugural scholars have been selected and will commence long- and short-term fellowships in September.

The Mount Vernon Ladies’ Association “does not receive a dime of government money” and relies on private donors and admission fees to run the estate, said Bookout. The association raised $106.4 million from around 7,000 donors for the library, which cost around $45 million to construct. The remaining funds are for scholarships, educational programs, and future maintenance.

The campaign was boosted by a $38 million contribution from the Las Vegas-based Donald W. Reynolds Foundation. The library is named in honor of the foundation’s chairman, Fred W. Smith.

“We are grateful to the thousands of supporters who answered our appeal, and who share our belief that Washington’s example of strong character and effective leadership remains more important than ever,” Bookout said.

The Fred W. Smith National Library for the Study of George Washington officially opens on Sept. 27.