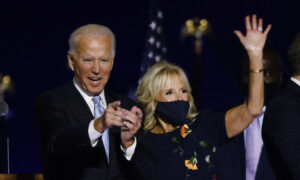 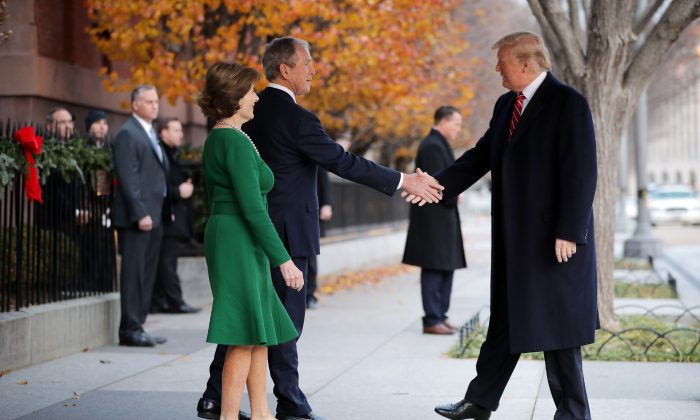 Former Republican President George W. Bush on Nov. 8 said that President Donald Trump has the “right to request recounts and pursue legal challenges” for “any unresolved issues” to “be properly adjudicated.”

“The American people can have confidence that this election was fundamentally fair, its integrity will be upheld, and its outcome is clear,” Bush said.

Bush, in his statement, called Democratic nominee Joe Biden the “president-elect,” after Biden declared victory on Nov. 7. The Epoch Times will not declare a winner of the election until all results are certified and any legal challenges are resolved.

Trump, meanwhile, “earned the votes of more than 70 million Americans—an extraordinary political achievement. They have spoken, and their voices will continue to be heard through elected Republicans at every level of government,” Bush said.

Meanwhile, Sen. Mitt Romney (R-Utah) told NBC’s “Meet the Press” on Nov. 8 that Trump has the right to call for recounts and push for legal challenges.

“He has every right to call for recounts. Because we’re talking about a margin of 10,000 votes here, or less in some cases,” he said. “And so a recount could change the outcome. He wants to look at irregularities, pursue that in the court. But if, as expected, those things don’t change the outcome, why, he will accept the inevitable.”

It comes as Trump has initiated legal challenges in several key states, including Pennsylvania, Nevada, and Georgia. In some states, he’s behind Biden by several thousand votes.

Trump hasn’t conceded defeat and suggested there will be a protracted legal fight. State legislatures have to certify their election results before taking them to the Electoral College, which then votes on who the president will be.

Some Republicans have said that Trump shouldn’t concede defeat.

“We will work with Biden if he wins, but Trump has not lost,” Graham told Fox News on Nov. 8. “Do not concede, Mr. President. Fight hard.”

She said Americans “need to know at least America still functions and we are about doing things right.”