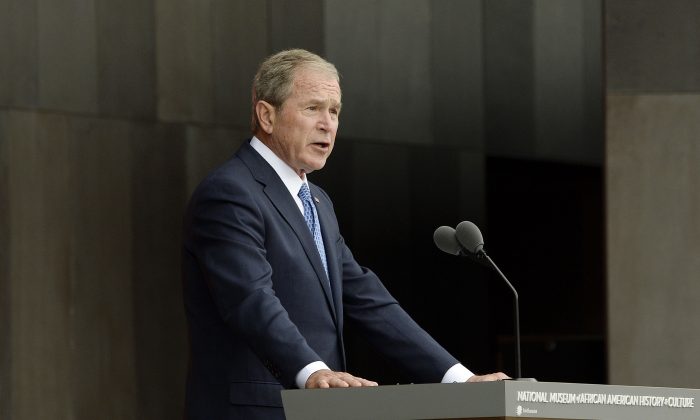 Former President George W. Bush lamented the role “anger” played in electing Donald Trump in his first statements on the outcome of the election.

Bush spoke in Dallas for the first time since Trump won, according to CNN, and while he didn’t directly mention Trump by name, his comments were highly suggestive.

“I understand anger, and some people may have been angry when I was president. But anger shouldn’t drive policy,” Bush said. “What needs to drive policy is what’s best for the people who are angry.”

Bush didn’t endorse Trump during his election bid. He also didn’t vote for him—or Hillary Clinton—on Election Day, opting to leave the box blank. The pushback against Trump might have been prompted by Trump’s verbal onslaught against brother Jeb Bush, the former governor of Florida, during the Republican primaries.

Reports say that ex-President George H.W. Bush voted for Clinton. The only one in the family to have publicly supported Trump was George P. Bush, the son of Jeb.

“I don’t think it’s helpful for a former president to criticize successors,” Bush added. “It’s a hard job to begin with.”

Meanwhile, Bush seemingly was against Trump’s plans to negotiate the North American Free Trade Agreement (NAFTA), saying that the agreement created a significant number of jobs and helped bolster economies.

“Trade shows a confidence in our workers and our business people, because trade really means we’re willing to compete,” he said, reported the Wall Street Journal.