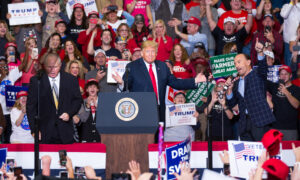 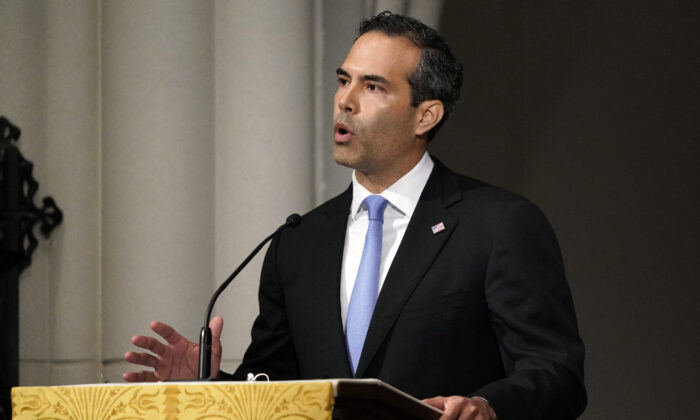 George P. Bush, Texas’s General Land Commissioner and nephew and grandson to U.S. presidents, said on June 9 that he will be voting for President Donald Trump in the November 2020 election.

“Trump is the only thing standing between America and socialism,” Bush told The Dallas Morning News in a statement provided by his office.

“Even in a global pandemic where we have had to take unprecedented measures to protect public health, the economy is already returning,” he told the news outlet. “It’s clear, America and Texas will continue to be stronger than ever.”

“I endorsed President Trump in the 2016 election cycle and plan to do so again in 2020,” he said, without providing further details on when he will endorse the president.

In response, Trump thanked Bush on social media for supporting his reelection bid this year.

The announcement followed reports published in The New York Times on Sunday that claimed two-term former president George W. Bush will not be voting for the president in December. The publication cited people close to George W. Bush who said they were familiar with the matter.

A spokesman for the former president later told The Texas Tribune in a statement that the report was “completely made up.”

“He is retired from presidential politics and has not indicated how he will vote,” spokesman Freddy Ford said.

The report from The New York Times also stated that other members of the Republican establishment, including former Secretary of State Colin Powell, would not be endorsing the president. Powell, a Republican, told CNN Sunday that he wouldn’t “in any way” support the president’s reelection bid in November.

Powell, a retired general who served in George W. Bush’s administration, said that Trump “lies all the time,” has “drifted away” from the U.S. Constitution, and poses a danger to American democracy, as he joined a number of Republicans and former military leaders criticizing the president amid nationwide protests in response to the May 25 death of George Floyd.

George P. Bush last voiced his support for the president in 2018 when he was campaigning for reelection. Trump, meanwhile, described him in April 2019 as “the only Bush that likes me.”