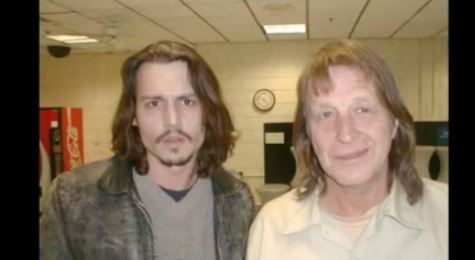 George Jung, who was portrayed by Johnny Depp in the movie “Blow,” was released from prison this week after spending almost two decades in jail.

He was released from FCI Fort Dix in New Jersey.

His release date was originally November 27 of this year but for some reason he was released early.

Sources told TMZ that Jung is being released to a half-way house on the West Coast. Jung said in an interview years ago that he will be under supervision for eight years.

The Federal Bureau of Prisons website confirmed that Jung is no longer in prison.

Jung was such a big smuggler that he was allegedly responsible for about 89 percent of the cocaine smuggled into the United States during the 1970s and ’80s.

“I was a guy who had a lot of money and unlimited access to cocaine and even if I looked like Bela Lugosi I still had the most beautiful women on the planet because everybody at that time, especially women, were in love with cocaine and of course in love with the money–the access to the automobiles, the clothes, the dinners, the lifestyle,” he recounted to PBS.

“Basically I was no different than a rock star or a movie star. I was a coke star.”

Jung described how he got caught up in the business but eventually found out how “evil” cocaine is. When asked why he didn’t stop when he had millions of dollars, he said that he had become “in love” with being an outlaw.