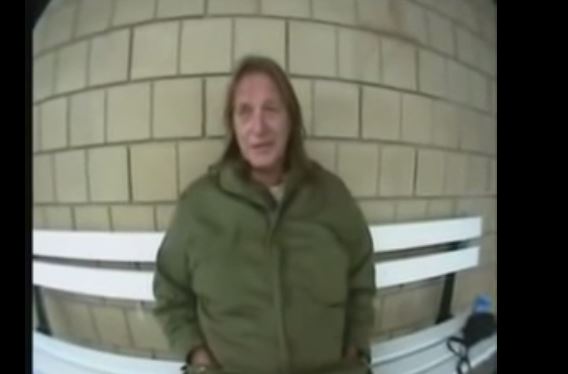 George Jung while being interviewed after the release of the movie "Blow." (YouTube)
Crime and Incidents

George Jung Quotes: How Jung Got Into the Marijuana Then Cocaine Business; Info on Wife, Daughter

George Jung is known as one of the most prolific cocaine smugglers in history in the United States.

Some say that he was responsible for around 90 percent of all cocaine in the country when he was smuggling in the 1970s and ’80s.

Jung was a pretty big marijuana dealer before landing in prison for the crime. He had started bringing pot up from Mexico in single engine planes to the United States.

While in prison, he made connections that led to him smuggling cocaine.

He was later caught again and sentenced to 20 years in prison.

Jung was released from prison on June 2, 2014. He will now have eight years of supervisory release. He’s 72 years old.

It’s unclear if Jung’s wife Mirtha Jung and his only daughter Kristina Jung are to meet up with him at any point.

Ted Demme, the director of “Blow,” said back in 2001 that Mirtha had been clean for 20 years. “She’s very brave for getting out of that lifestyle and protecting her daughter,” he told North Texas Daily.

But there has been little information about Mirtha and Kristina overall, including from Jung himself.

The blog George Jung says that Kristina was probably born around 1986, and was only one years old when he was arrested by the DEA. It’s rumored that she lives in California together with her husband and children. It’s also rumored that she didn’t visit her father in prison until the spring of 2002.

Check out some of Jung’s quotes below.

“Well, smoking marijuana–or most everybody who smokes marijuana deals it in small amounts to their friends, innocently enough. Then I begin to see the money aspect of it. That was the driving force. I suddenly began to realize that to become an entrepreneur in the marijuana business would make me fairly well off. And I also liked the lifestyle, my own working hours.”

“There were movie stars and rock stars. I became a pot star. I glorified in that. And of course as time wore on the business began to expand and grow. It went from more or less a college fun thing to a serious business. As the money grew, the power grew.”

“We were getting it for $8-10 per kilo, so we were making a lot. Plus, we were on an adventure. And that’s what it was really about. I was about 26. The whole thing was an adventure. It was the romance. We rented a big house on the beach, it was beautiful and we could see Punta Amilla (sp?) from the patio. And after a while I started getting other pilots. We would sit there on the patio watching the whole thing go down, there on the patio with my girlfriends, drinking margaritas – the money pouring in. I thought it was some [expletive] fantasy world. It was! Everybody else was back in Weymouth shoveling snow!”

“Basically in the beginning it was some fear, but like anything else if you do it enough time you lose your fear, or if you don’t, you get out of the business. I analyzed this over the years, I was a fear junkie. That’s what happened to me. The fear is the high itself. It’s an adrenaline pump.”

“I felt that there was nothing wrong with what I was doing because I was supplying a product to people that wanted it and it was accepted. I mean nobody really was making any negative statements about marijuana. In fact it was being accepted, I think at one time, in the 60s it came close to being legalized. Have a Woodstock where half-a-million people showed up and everybody smoking marijuana. Where else will get a gather of half-a-million people where no one was murdered, there was no violence or what have you.”

“Danbury was a very unique place within itself. It was mostly a population of white collar criminals, and some major smugglers were in there, but in those days you did very little of your time. They had a system of parole and you did more or less one-third parole and you were out. And it was a very mellow, laid-back place. I knew a lot of interesting people in Danbury. From bankers to lawyers to doctors to Indian chiefs. You could more or less learn anything you wanted to learn in there in reference to illicit activities. It was basically a school.

“My bunk mate was Carlos Lehder, he said he was from Colombia and he spoke excellent English, well mannered and his clothes were pretty neat. I figured I was pretty lucky to have somebody that was kind of mellow and well mannered and articulate in English.

“He introduced himself: ‘Carlos’ and I said ‘Hi, how are you?’ In prison you’re like shy at first, you know? You don’t want to open up. ‘What are you here for?’ ‘Stealing cars’ (that’s what he was in for). ‘What were you doing?’ ‘Well, we shipped them to Colombia, where I’m from…you have to pay a 1000% import tax and we don’t do that, my brother has a car agency down there…’ So then I begin to get more interested, you know, this guy isn’t just a [expletive] car thief. He’s smart. So I’m like ‘OK – let’s hear some more’. He said ‘What are you here for?’ I said ‘flying pot out of Mexico.’ He said ‘You know a lot about aeroplanes and you have people in the United States who buy drugs?’ and I said ‘Yeah.’ Then after about a week he popped the biggest question. He said ‘Do you know anything about cocaine, George?’

“As time wore on, we got to know each other and then he asked me if I knew anything about cocaine and I told him no. And I said, ‘Why don’t you tell me about it.’ And he said, ‘Did you know it sells for $60,000.00 a kilo in the United States?’ And I said, ‘No. I had no idea. How much does it cost down in Colombia?’ and he said, ‘$4,000 to $5,000.’ And immediately bells started to go off and the cash register started ringing up in my head. From then on Carlos and I were involved in an intense conversation and then it got to the point where I began telling him that I could transport an aircraft in the United States and I possibly had a major market for it and it just went from there.”

“This was the first time that we showed the Colombians that you could take huge amounts of cocaine and drop it into the United States via air and also there was a huge market there for it. The cash was generated in a matter of days, millions of dollars. So basically what happened is through the powers that be down in Colombia, and Carlos and myself, we formed a company. That was beginning of what is known as the cartel. The Medellin cartel.”

“No, [Carlos] did but then I went down. I met the Ochoas a couple of times. The whole thing started with Escobar, Carlos and I – not the Ochoas. The Ochoas were from a wealthy prominent Castilian family… We needed them to get into the political aspect of it, to buy off the politicians. But in the beginning the whole plan was that Escobar was to get the stuff, Carlos and I were to move it, transport it and distribute it. But we also had to have political connections in Colombia in order to be able to do all this. Protection. And that’s how the Ochoas came into this. They were mainly marijuana movers. They owned huge ranches and coffee plantations.”

“I thought cocaine was a fantastic drug. A wonder drug, like everybody else. It gave you [an] energy burst. You could stay awake for days on end, and it was just marvelous and I didn’t think it was evil at all. I put it almost in the same category as marijuana, only hell of a lot better. It was a tremendous energy boost. It gave the feeling, a high, but nobody knew, well maybe a small percentage of people knew. But eventually everybody knew how evil it really was.”

“I tried it the minute I got my hands on it. When it came in from Antigua, I split the suitcases open and started snorting it and I said ‘This [expletive] great. This is [expletive] wonderful!’ And I never stopped. I built up a [expletive] tolerance that was unbelievable. I could do 15-20 grams easily. Paranoia came later, after Carlos betrayed me. He wanted to kill me. He tried to set me up in a hotel in New York. …Then I was like ‘What am I doing? Why am I doing this? What’s going on here? This is [expletive] insane!’ My life was insane. ‘This is nuts!’

“My whole life was a dream to get the motor sailer and take off to the Pacific with a couple of million dollars. But then one day I realised that I had crossed a line. I was an outlaw and I liked it. I loved it! I wasn’t in love with the money any more. I was in love with being an outlaw. And I couldn’t stop.”

“I was a guy who had a lot of money and unlimited access to cocaine and even if I looked like Bela Lugosi I still had the most beautiful women on the planet because everybody at that time, especially women, were in love with cocaine and of course in love with the money–the access to the automobiles, the clothes, the dinners, the lifestyle. Basically I was no different than a rock star or a movie star. I was a coke star. At that time I really didn’t know who I was, to be honest with you. I was snorting a lot of cocaine and I had lost myself to a great degree. A lot of people, everybody was starting to realize what the coke was all about and they were all starting to get lost. Yeah, I began to wonder a lot what the hell it was really all about. Especially, [because] they say that the marijuana business is done with a handshake and the cocaine business is done with a gun. All the violence that was taking place surrounding this business–I mean, it was distasteful as hell to me.”

“Any marijuana transaction I ever did with anyone, there were never any guns involved, ever. It was simply just, you know, a handshake business and a trust factor. And then in the cocaine business it seemed suddenly everybody was carrying guns.”

“Carlos was destroyed at that time. I don’t know if he really believed what was happening to him. I don’t know if he thought he could win the trial, or what. I was the first witness and the whole place was packed. And [the prosecutor] said ‘Why are you here today?’ and I looked at Carlos and said ‘To relate the story of the friendship between Carlos Lehder and myself and his betrayal of that friendship.’”

“I hardly ever think about him. I had to for the movie [Blow] for a while. But I had my revenge. And how I got it was costly to me too, in a way… because to testify or rat somebody out, it basically took away my honor.”

*Quotes via Dominic Streatfeild and PBS