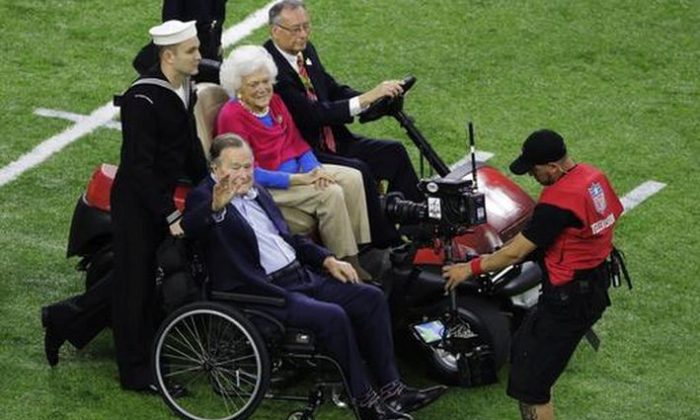 The Atlanta Falcons won the toss, but deferred their selection to the second half.

The former first couple got a huge ovation, including applause from coaches and players from both teams, when they came onto the field slowly with Barbara in a golf cart and the 92-year-old former president being pushed in a wheelchair next to her.

The Bushes often attend games of the Houston Texans, the host stadium for its second Super Bowl.

Bush, the nation’s 41st president, was recently released from Houston Methodist Hospital, where he received treatment for pneumonia for more than two weeks.

Vice President Mike Pence was also attending the game. He was seen applauding as well.

The teams were on the wrong sides when they lined up and had to be told to switch sides.