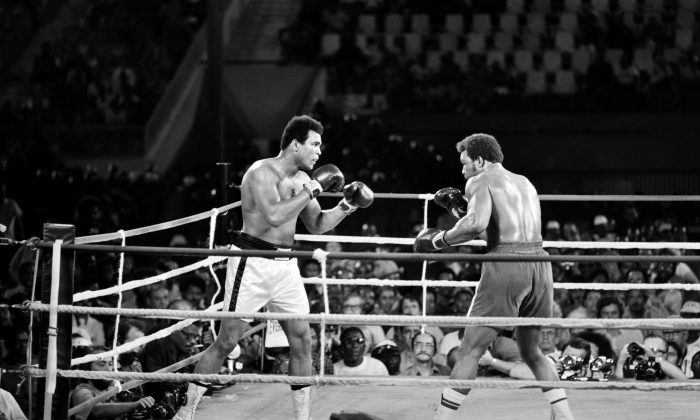 “A lot of us started doing things to get some attention so people would praise us, or hate us, or talk about us like they did Muhammad Ali. … The ’60s started the trend,” Foreman said after he was asked about athletes who don’t stand for the national anthem.

But now, he said, it’s about money and fame, in an interview on  “Offended America” podcast.

“The young man who didn’t want to stand (for) the national anthem, a lot of (Americans) died in war so that they could have that privilege,” Foreman said about Kaepernick.

“I love the United States,” Foreman added. “They [Kevin Durant and Colin Kaepernick] haven’t been brought up with people who were patriotic.”

Durant spoke out recently saying that he wouldn’t go to the White House if his team was invited.

Meanwhile, Foreman said that he credits Trump with helping him out of bankruptcy.

He described Trump as “a good president.”