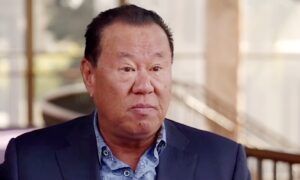 'We're Not in Communist China, This Is the United States': California Pastor Fights for Right to Worship
0
Share Now
TelegramFacebookTweetEmailTellMeWeReddit
Copy Link 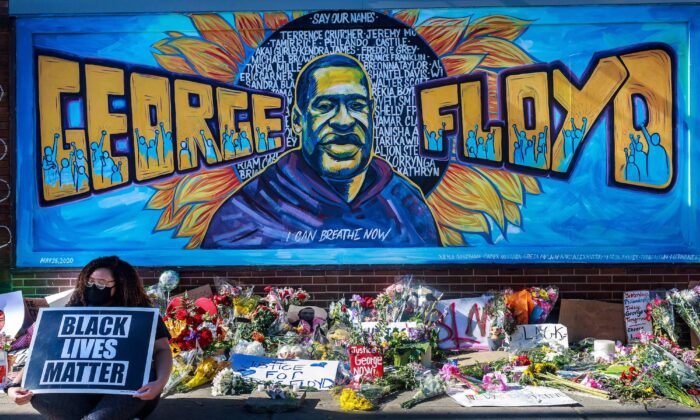 Flowers, signs and balloons are left near a makeshift memorial to George Floyd near the spot where he died in Minneapolis, Minnesota. (Kerem Yucel/AFP via Getty Images)
US News

The attorney representing George Floyd’s family said Monday he expects the defense team for the former Minneapolis police officer on trial in connection with Floyd’s death will to “try to assassinate” his character during the trial’s opening arguments.

Benjamin Crump, the civil rights attorney representing Floyd’s family, made the remark in multiple interviews on Monday, the first day of the trial in which the defendant, Derek Chauvin, stands accused of murder.

“They’re going to say that because he had a trace amount of drugs in his system that that’s what killed him and not what we saw in that video where he was tortured to death,” Crump said.

Floyd died last May while in police custody after resisting arrest, with the highly publicized incident—caught on video showing Chauvin detaining Floyd by pressing his knee against his neck—sparking a spate of protests and violent riots.

As the trial got underway on Monday, Eric Nelson, Chauvin’s defense attorney, made the argument that Floyd’s drug use—combined with his heart disease and high blood pressure, as well as the adrenaline flowing through his body—caused his death from a heart rhythm disturbance.

Prosecutors showed the jury the graphic video, with prosecutor Jerry Blackwell telling jurors that Chauvin “didn’t let up” even after a handcuffed Floyd said multiple times that he couldn’t breathe.

“He put his knees upon his neck and his back, grinding and crushing him, until the very breath—no, ladies and gentlemen—until the very life was squeezed out of him,” Blackwell said.

Nelson countered by arguing that Floyd was resisting arrest and Chauvin arrived to assist other officers who were struggling to get Floyd into a squad car as the crowd around them grew larger and more hostile.

“Derek Chauvin did exactly what he had been trained to do over his 19-year career,” Nelson said.

He also argued that Chauvin was not to blame for Floyd’s death, as Floyd did not have any signs of asphyxiation and had fentanyl and methamphetamine in his system.

“The evidence is far greater than 9 minutes and 29 seconds,” Nelson said.

Hennepin County Judge Peter Cahill on March 19 approved a request by Nelson to admit some evidence from Floyd’s 2019 arrest. Nelson sought to admit evidence from that arrest, arguing that striking similarities between the two episodes were relevant in the trial, particularly in terms of the cause of death.

“Clearly there is a cause of death issue here, and it is highly contested,” Cahill said at the time, ruling to allow evidence from the 2019 arrest, but limiting it only to what pertains to the cause of Floyd’s death.

His much-publicized trial has been the focus of intense scrutiny, with White House press secretary saying at a briefing on Monday that President Joe Biden “certainly will be watching closely.”

At the same time, Psaki emphasized that the legal system would need time to weigh the evidence and determine whether Chauvin is guilty.

Nelson has argued that the intense media attention that the case has drawn—in particular after news broke recently of a multi-million dollar settlement to Floyd’s family—may have tainted the jury pool and could prevent Chauvin from getting a fair trial.

Chauvin’s attorney requested that the trial be moved or postponed, a request that the judge rejected.