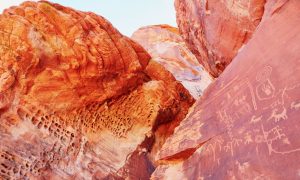 Geographer Finds That a Town Called Center is, in Fact, The Center of North America (Video)

Geographer Peter Rogerson has devised a rather precise method for finding the true center of North America, notes Popular Science.

It turns out, someone was way ahead of him.

According to Rogerson, existing at the central point of the continent is a North Dakota town called Center.

While many places claim to be the bullseye of a state, country, continent, or world, it’s often unclear if they actually are.

Part of the problem with making such declarations is that the science of locating a middle is rather fuzzy. One reason is that there is no consensus on what constitutes endpoints. Another is that even if boundaries are established, natural defining features, like shorelines for example, are constantly in flux.

Rogerson says his system could use some tweaking – like taking the Earth’s ever so slight elliptical shape into consideration – so time will tell if Center, North Dakota continues to live up to its name.