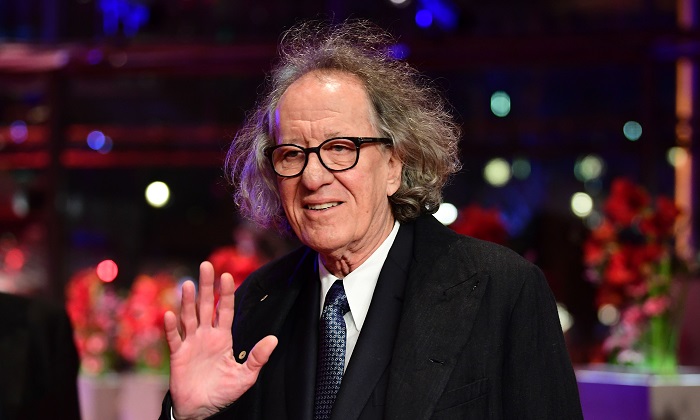 Australian actor Geoffrey Rush arrives for the screening of the film "Final Portrait" out of competition at the 67th Berlinale film festival in Berlin on Feb. 11, 2017. (Tobias Schwarz/AFP/Getty Images)
Entertainment News

Oscar-winner Geoffrey Rush has struck back against an Australian tabloid which ran stories based on the accusation of an unnamed female claiming the that he acted inappropriately towards her two years ago.

Rush told media he has filed defamation proceedings against the Sydney paper The Daily Telegraph. According to Rush, the accusations lacked details of what allegedly occurred.

“It is an action I am taking in order to redress the slurs, innuendo and hyperbole that they have created around my standing in the entertainment industry and in the greater community,” Rush said reading from a prepared statement on Friday, Dec.8.

“The Daily Telegraph has made false, pejorative and demeaning claims, splattering them with unrelenting bombast on its front pages,” said the 66-year-old.

“This has created irreparable damage to my reputation,” he said.

“Its been extremely hurtful to my wife, my daughter and my son and to my extended family as well as to many colleagues in the film, television and theater industry.

“The situation is intolerable and I must now seek vindication of my good name through the courts,” Rush said.

Actor Geoffrey Rush​ to sue The Daily Telegraph for a report on allegations made against him. https://t.co/srdalk9y20 #7News pic.twitter.com/EahuToEcvD

Rush’s statement follows a series of articles published by The Daily Telegraph, with the first one put on the front page on Nov. 30. The initial article was based on an anonymous source who complained about an alleged incident that occurred during the production of William Shakespeare’s King Lear, put on by the Sydney Theatre Company (STC) in 2015.

The anonymous person also made a complaint to the STC but insisted it remain confidential and that Rush was not notified of it. The STC however confirmed to the paper that a complaint had been made but gave no details on it. Rush then asked the STC about the complaint but the company refused to inform him of its details as well.

Rush has denied the allegations since the first article was published but the news conference on Dec. 8 is the first time the actor has publically spoken on the issue.

Chris Dore, the editor of the Daily Telegraph, said they would be defending the newspaper’s reporting in court, reported the ABC.

The actor is best known for his movie roles in Shine, the Pirates of the Caribbean films, The King’s Speech and Shakespeare in Love. He is one of the Australia’s most respected actors.