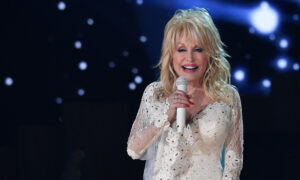 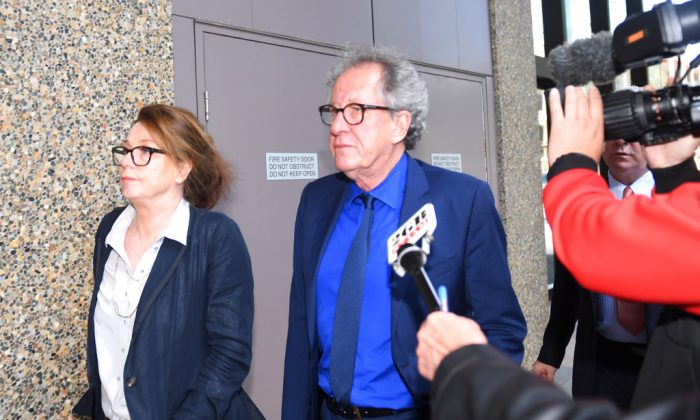 Geoffrey Rush Says He Was ‘Distraught’ Over Paper’s Articles

SYDNEY—Geoffrey Rush told the judge hearing his defamation case on Oct.22, he felt distraught and as though his head was filled with lead on seeing a newspaper’s publication of allegations he had behaved inappropriately toward a female co-star.

The actor is suing the publishers of Sydney’s Daily Telegraph newspaper and its journalist Jonathon Moran over the articles published last year. He denies all the allegations, but the journalists are pleading truth in their defense.

Documents presented in court by the defense say the allegations concern Rush’s behavior toward his co-star Eryn Jean Norvill during a Sydney Theatre Company production of “King Lear” in 2015 and 2016.

The documents allege Rush made lewd gestures in her direction, and regularly made comments or jokes about her involving sexual innuendo.

He was also accused of touching her inappropriately backstage, and during a scene in which he was carrying her.

Rush entered Sydney’s Federal Court alongside his wife Jane Menelaus for the start of the judge-only hearing.

Later, he testified he was devastated when he saw the Telegraph’s first article last November—beside a headline of “King Leer”—while his wife and adult son were home.

“I could see how distressed they were, which created a great deal of hurt for me,” Rush told the court.

“I felt as though someone had poured lead into my head. I went into a kind of ‘This can’t be happening.'”

The actor said when the paper ran its second article he felt “distraught by the way the story was running off the rails and didn’t seem to reflect anything I experienced.”

“My blood ran cold and I went to jelly as I thought this is the beginning of a box set, this story is going to continue and it’s wilder than you think, dear reader,” Rush said.

“As well as giving pleasure to millions, his reputation was stellar, it could not have been higher. No scandal attached to his name,” McClintock said.

That changed once the newspaper chose to publish, the lawyer said in his opening remarks, saying the cumulative effect of the two Telegraph articles, and an advertising poster highlighting them, was to “smash and destroy my client’s reputation.”

He accused Moran of including “straight-out, bald-faced” lies in his reporting. Defense barrister Tom Blackburn later said this was nothing more than a submission.

“It’s not based on any evidence because no evidence has been heard,” Blackburn said.

The Telegraph intends to use Norvill’s sworn statement in its defense and Norvill is expected to testify.

The defense claims Rush knew he did not have Norvill’s consent and knew that on the occasions the behavior occurred in front of an audience, she could do nothing to prevent it.

Rush also told the court the articles didn’t relate to the “very strenuous but very cheerful” experience he had working on the play, and that as far as he was concerned, he and Norvill had enjoyed a “very sparky, congenial rapport.”

Rush, 67, won the best actor Oscar in 1996 for his portrayal of pianist David Helfgott in “Shine” and was nominated for roles in “Shakespeare In Love,” ”Quills” and “The Kings Speech.” He’s also famed for his portrayal of Captain Barbossa in the “Pirates of the Caribbean” films.

He received his nation’s highest civilian honor in 2014, the Companion of the Order of Australia for service to the arts.