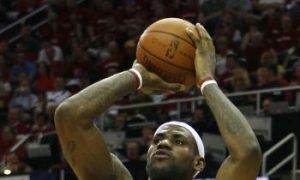 Parents are generally willing for their children to be genetically tested for susceptibility to eight adult-onset disorders, according to a study published online in the journal Pediatrics on April 18.

The study was led by Dr. Colleen McBridge, head of the Social and Behavioral Research Branch at the National Human Genome Research Institute (NHGRI), and was based on the Multiplex Initative, which looks at public use of a panel of 15 genetic tests for eight common health conditions, such as heart disease, osteoporosis, type 2 diabetes, as well as skin, colon, and lung cancers.

More than 200 parents completed an online survey to assess their attitudes and beliefs, including the risks and benefits of the testing, and whether they would have their child tested.

"Genetic testing of children is quite controversial," said McBride in a NHGRI press release. "This time we focused on parents because multiplex genetic tests are marketed as a way to promote family health, which implicitly targets children.”

"We are hearing anecdotally about parents starting to bring questions about multiplex genetic test results to their pediatricians."

The researchers concluded that as genetic testing in children becomes more common, pediatricians should be prepared to help patients make informed decisions about testing their children and the results.

"We've been working on aspects of our study for four solid years and the team represents a lot of different disciplines and perspectives," said Dr. McBride. "It was a very diverse team, which shows that you have to bring these different perspectives together to answer the important questions generated by these new health tools."